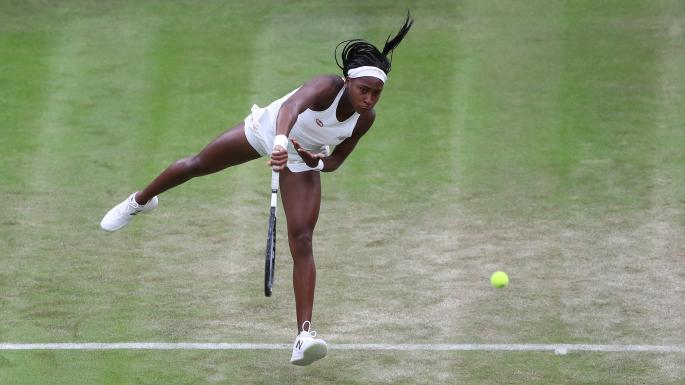 Just a couple of weeks ago, the young fifteen-year-old was on the cusps off not playing in the Wimbledon but made it in before the deadline. Gauff has made the best out of her run and now she has become one of the main headlines in the tournament.

Gauff has defeated Venus Williams, Magdalena Rybarikova, and Polona Hercog to be playing against Simona Halep in the fourth round on Monday. What Gauff is doing at the tournament at an early age is very rare. Her parents gave her some advice throughout the tournament.

“Usually what I tell her is to have fun, enjoy the moment, fight, compete and give it your best shot,” her mother, Candi Gauff, told NBC News before the match.

Dad Corey Gauff said he’s always reminding her daughter to keep: “Cheering yourself on, having good body language, let your opponent know nothing you do is going to faze me because I’m going to keep coming back.”

In the match against Hercog, Gauff was playing on her heels after she lost her first set and battled back from two match points, she decided that she was going to overcome the obstacles that she faced and find a way to win.

“I always knew that I could come back no matter what the score was,” Gauff said. “The crowd was amazing, even when I was down a match point they were still cheering me on.”

Even if Gauff loses the match on Monday, she has secured the hearts of America by being who she is and having fun while playing the game she loves.