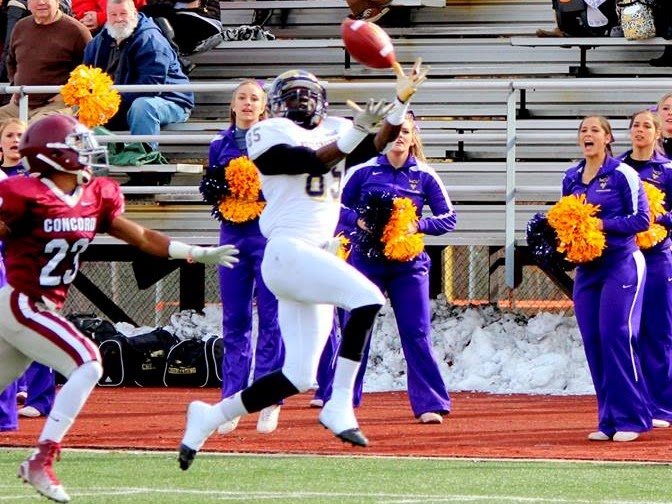 NFL Prospect Erick Brundidge is showing the world that talent does not matter if you are not disciplined, determined, and motivated with improving yourself. After a great collegiate career with West Chester University and battling different injuries that halted his football career, Brundidge is more determined than ever to make his NFL dream come true.

“Everyday I show up and make no excuses. I leave everything on the field and find different ways I could improve as a route runner. Nobody wants this more than me and I will prove it to you,” said Brundidge.

Brundidge is a guy that is tall and lanky but can flat out beat you with his 4.3 speed. He is improving himself as a slot receiver and feels like he has a lot to learn. “It is a mind over matter aspect and I know that I am willing to learn everything I can to improve. I watch a lot of films and get a lot of feedback from coaches that want me to excel.”

“For example, last weekend during Spring League, I had the opportunity to showcase my talents to the Chargers’ organization. The coaches liked how open I could get because of my speed, but felt like I could have had a little more separation if I went inside more. It is those types of minor adjustments that will help me out later on in my career.”

Football means so much more to Brundidge than having a paycheck. He wants to help encourage and build other players up because all of them are going through the same thing and to him, it is about teamwork. “We can all build each other up and help each other out. Football is a team sport and we all can uplift each other. Success starts with a positive mindset.”

Brundidge has not signed with a team yet, but there are a lot of teams that are intrigued by his work ethic, speed, and his ability to learn. The future is bright for Brundidge and as he would say, “I have been working on my route running and being mentally prepared for the game insuring that I am meeting the required demands to play at a high level. I am thankful for every opportunity that I get to showcase what I can bring to the table. Life is not a competition but a journey.”