( ENSPIRE NEWS ) After Asking For Maternity Leave, Woman Loses Job Every weekday for the past two and a half years, Ariel Wilson Cetrone showed up for work in the morning at a small District government agency, poring over grant applications and performance reviews for the arts projects she oversaw. Her name was listed on the staff directory on the agency’s Web site, she had a D.C. government e-mail address, cell phone, and business cards, and put in 40 hours just like everybody else. But she wasn’t like everyone else. Cetrone was a contractor, along with two other staffers at the D.C. Commission on the Arts and Humanities, and therefore not entitled to benefits like workers compensation or unemployment insurance — or more importantly when she became pregnant, the eight weeks of paid family leave that D.C. government employees get. “They made us look to the public like we were full-time employees, but we didn’t have any of the benefits,” Cetrone says. Cetrone thought it was unfair she’d have to take time off to have a baby without pay. But it didn’t strike her that there was anything untoward about it — until she began seeing reports on all the lawsuits over misclassification in the “sharing economy,” alleging that everyone from Uber drivers to Homejoy cleaners should be treated as employees rather than contractors. “I started looking at my contract, and reading all the articles about Uber,” Cetrone says. “And I’m like, if these people are working 20 to 50 hours a week, then maybe my contract isn’t legal.” When she raised her concerns, she soon found herself out of a job. 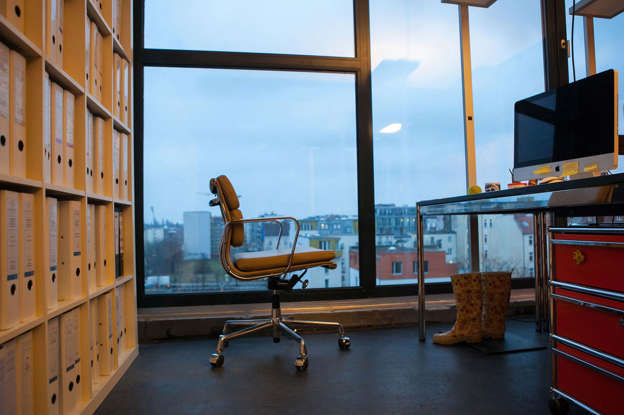 An employment attorney who reviewed her contract — speaking on background so as to avoid the perception of giving legal advice in a case he was not handling — says her contact does appear to include responsibilities normally reserved for employees. Duties like monitoring grant performance can be inherently governmental in nature, the attorney says, and the contract matches many criteria listed by the Department of Labor as being indicative of an employee-employer relationship. A spokesman for the Commission on the Arts and Humanities said Cetrone was ultimately let go because of a funding error, not because any mistake been made in the classification of her job. The agency is still reviewing the classification issue. ” Like many governments and large institutions, the District retains contractors to perform important duties,” says the spokesman, Joaquin McPeek. “We need to take a look at our contracting and procurement policies to make sure that we are best serving contractors, employees and residents.” But if the District misstepped, it wouldn’t be the only one. Disputes over the role of contractors are becoming commonplace after the federal government and others outsourced many functions. “I see this all the time,” says Alan Lescht, whose law firm deals largely with federal employees and contractors. “Companies think they can hire someone as an independent contractor to avoid paying benefits and overtime, and when they look carefully into their roles, more often than not they’ve been misclassified.” And more people might be taking second looks at their contracts these days. The federal government and state labor agencies have been cracking down on misclassification, which allows companies to dodge taxes and other overhead associated with bringing on full-time employees, and is especially prevalent in low-wage industries like construction and trucking. But it happens in white-collar jobs too, and now the media attention is waking up those workers to the idea that their employers could be part of the trend. “When the Washington Post, New York Times, and Wall Street Journal all report these things, there is a considerable readership,” says Richard Reibstein, a specialist in independent contracting with Pepper Law in New York. “They say ‘hey, maybe I shouldn’t be an independent contractor.’” Compounding the problem: Employers themselves sometimes don’t realize there’s anything wrong about treating contractors like everyday workers. “It’s absolutely stunning,” Reibstein says. “We’ve represented Fortune 500 companies with great lawyers, and they’re still not getting it right.” Cetrone thinks that might be true for one D.C. agency, as well. As her pregnancy progressed, Cetrone contacted a lawyer, who agreed that she had been misclassified. But she says the lawyer quoted her a retainer she couldn’t afford on her $55,000 per year salary, so instead she lodged a complaint with the U.S. Department of Labor. A couple weeks later, according to both Cetrone and spokesman McPeek, the agency’s interim director Lisa Richards Toney called Cetrone into her office, and asked if she had filed a complaint. Cetrone said she had, and made the case that she should be entitled to paid maternity leave. A couple days later, Cetrone was again called in. This time, two people from the human resources department were also present, and Richards Toney told her she had been let go, effective immediately. When she left the office, stunned and tearful, Cetrone found out that two of her colleagues who were also independent contractors had been axed, as well. “I never thought they’d do this to anyone, let alone a woman who’s eight months pregnant,” says Cetrone, who’s now thinking through her legal options going forward. The D.C. government says after Cetrone brought the contract to her boss’ attention, the Office of the Chief Financial Officer instructed them to terminate it because it had been inappropriately paid for through grant funding. McPeek said commission officials have not made a determination about whether Cetrone’s classification was proper. She has been offered a new contract with the arts commission through a staffing agency, and is still considering whether to accept it — but it wouldn’t come with paid maternity leave, either. The whole thing sounds fishy to Council member David Grosso, who oversees the Commission on the Arts and Humanities. After hearing from Cetrone, he sent a letter on Monday asking for a full investigation of the contractors as well as five temporary employees with suspect contracts. “Pursuant to the most recently issued Department of Labor’s Misclassification Policy, this employee should have been receiving full benefits and job protections,” the letter reads. “It really shocked me that they were using so many of these independent contractors as such vital employees,” Grosso says. “It’s going to cause a little disruption. But when a third of their employees are caught up like this, it’s a serious problem.”]]>