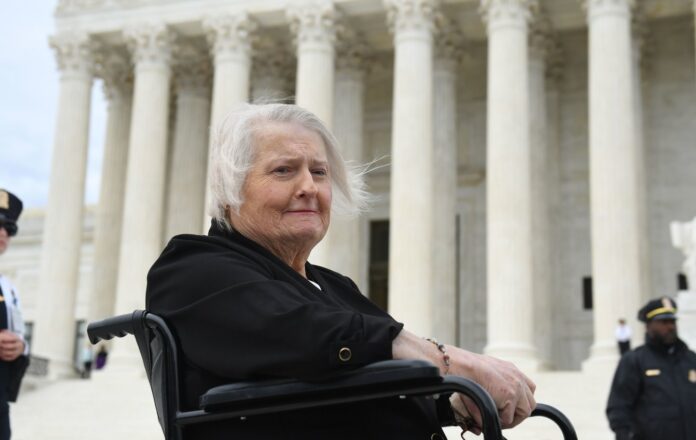 ( ENSPIRE News ) In the 6-3 Decision, Against the Direct Wishes of the Trump Administration, the Supreme Court Rules in Landmark for the LGBTQ Community

In the same week as the DACA ruling, the Supreme Court has handed down another major decision in regards to LGBTQ rights. The decision was a 6-3 decision to uphold the protections on Gay, Lesbian, and Transgendered employees under the 1964 Civil Rights Act. This decision involved all four liberal justices, including Chief Justice John Roberts, and, unexpectedly, the Trump appointee Justice Gorsuch, who wrote the majority opinion. The decision helped solidify protections that help prevent discrimination based on gender and sexuality and it’s a huge victory for the LGBTQ community.

In the decision, Gorsuch said “We must decide whether an employer can fire someone simply for being homosexual or transgender. The answer is clear.” This statement holds weight because it finds language from the 1964 law that bans discrimination employment based on race, religion, national origin, or sex. This helps further the protections against discrimination based on sex.

The ruling was massive for a handful of reasons but mainly because of its implications across the country. Nearly 25 states have little to no protections on LGBTQ workers, and now federal law will protect these employees.

The decision is in direct conflict with the current White House administration because Trump has routinely sided with the employers throughout the entire legal and court process. They’ve also directly been attacking the rights and protections of transgender individuals in several ways.

This landmark decision, just like the DACA decision, is a temporary victory that must be built on moving forward if a tangible change is going to happen. Nonetheless, the victory is massively important because it displays the Supreme Court, in some cases, can still be an apolitical unbiased branch of government regardless of who appoints them.

Trump’s ‘Patriotic Education’ And What History Books Get Wrong

SERIOUSLY….WTF? THIS REP WANTS TO IMPEACH TRUMP, BUT OTHER DEMS ARE...