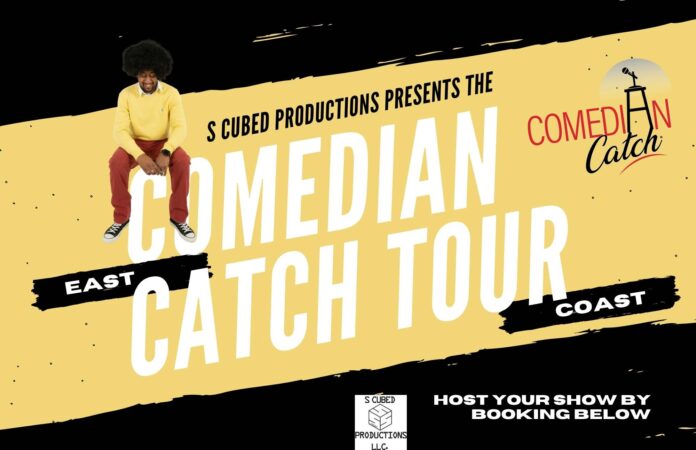 ( ENSPIRE Entertainment ) Comedian Catch, An Opportunity to Sponsor an Event Where the Funniest Comedians Entertains the Audience

Comedian Orrin De Souza founded the Comedian Catch platform. The idea of capturing comedians in their element while discussing current events and news headlines inspired the concept. The opportunity allows up-and-coming stand-up comedians to take their talents to the next level.

The stand-up comedy platform lets new comedians from all over the country show off their skills in an honest discussion about love, work, racism, church folk, animals, and Hollywood entanglements. In 2019, Comedian Catch featured comedians like Phunny Phy Phy and Ace Zanders on Comedian Catch’s radio station. They will now set out on their own to broaden their audience beyond radio.

Comedian Catch seeks to spread laughter with fellow comedians, one joke at a time. In addition, they have provided opportunities for comedy’s underdogs to perform in front of audiences in Gotham Comedy Club and Las Vegas, leading up to Rockefeller Center.

Book Your Tour Dates and Comedian Catch will bring the Tour to you! Each tour will consist of:

The Power of Impact, The Power Of Girls