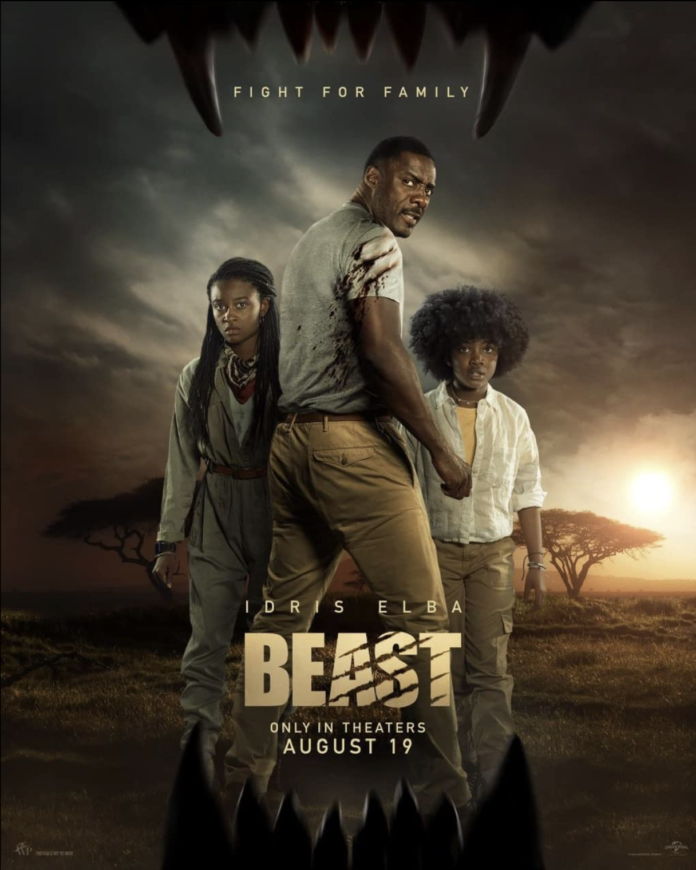 “Beast” is a thriller film coming to theaters on August 19, starring Idris Elba, Sharlto Copley, Leah, and Sava Jeffries. Directed by Baltasar Kormákur, this film is action-packed, a movie you want to see on the big screen.

In the film, Idris Elba plays a widowed father, Dr. Nate Samauels, who has returned to South Africa with his daughter for a family trip. Dr. Samuels and his two daughters, Meredith and Nora Samuels, played by actresses Iyana Halley and Leah Sava Jeffries, visit a game reserve owned by a family friend of theirs, a wildlife biologist. The plot soon turns deadly once a dangerous lion begins to attack and prey upon innocent people.

In September 2020, it was announced that Elba would star in “Beast,” a Universal Pictures film. The film’s original idea was derived from Jaime Primak-Sullivan, and the movie started to be directed in June 2021 in South Africa and went on for ten weeks. They shot scenes in Cape Town, Limpopo, and Northern Cape.

Idris Elba is a world-renowned actor with appearances in films such as “Thor,” “One Love,” “The Suicide Squad,” “Mandela: A Long Walk to Freedom,” and many more. Elba has also won awards for his performances, including in the mini-series “Luther,” where he won the Golden Globe Award for Best Performance by an Actor in a Mini-Series or Motion Picture Made for Television. Elba also won the BET Award for Best Actor for “Luther,” “Takers,” and “The Losers” and the NAACP Image Award for Outstanding Supporting Actor in a Motion Picture for his performance in “Thor: Ragnarok.”