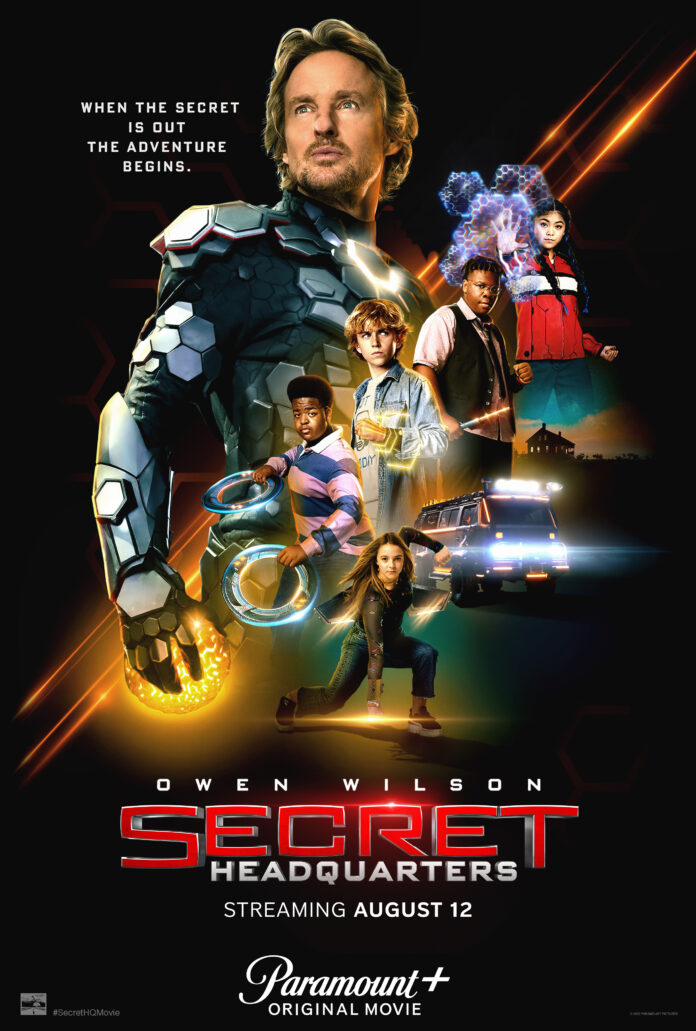 Secret Headquarters is a family-friendly action comedy that centers around a group of teens, led by Charlie Kincaid (Walker Scobell). The film opens with, Owen Wilson’s character getting superpowers and becoming, The Guard.

Then the film time jumps to Charlie (Wilson’s son) living an average life unaware of who his father has become. Charlie seems to be having problems with his father, who is always away for work. And, it’s no surprise when his father bails on him yet again for another “business trip”. Instead of calling his mom to pick him up like he is supposed to, he invites his friends over.

Charlie’s whole world then turns upside down when he and his friends then find out his father (Owen Wilson) is the famous superhero, the Guard.

Now, knowing his father’s secret, he and his friends find themselves involved in one of the Guard’s missions. Soon the group realizes that they need to band together and save the day.

This superhero movie is bringing back the children’s movies where they are the true heroines and not the adults. Much like the early 2000’s films: The Adventures of Sharkboy and Lavagirl, Spy Kids, Sky High, and Zoom. These movies all had similar elements that made them remind you of every blockbuster hero movie just adding the idea that children really could do anything, even save the world.

Secret Headquarters is a great film for a movie night with the family and will keep everyone entertained. With the movie’s hints of playful banter, fighting off villains, and Wilson’s costume having an Iron Man look to it, it’s clear the goal of the film was to bring in all superhero fans to watch.

You can watch Secret Headquarters streaming now on Paramount Plus.