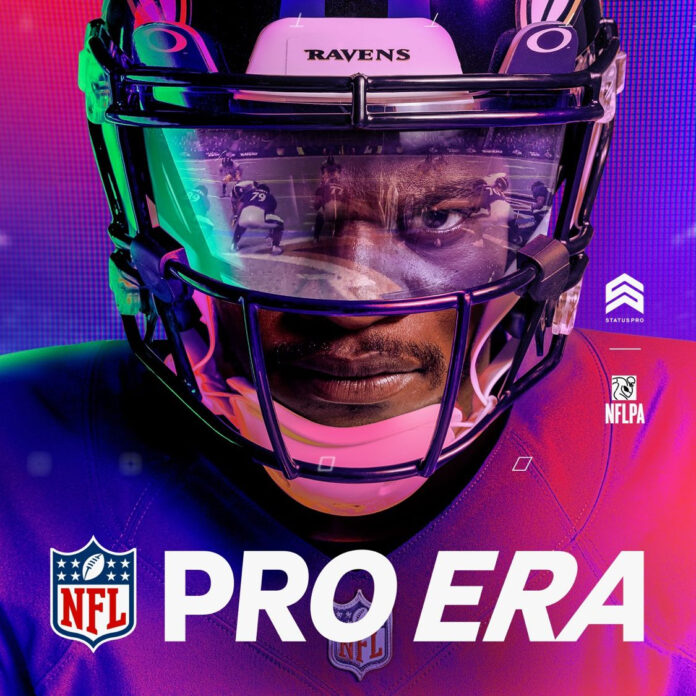 StatusPRO is taking VR to the next professional level! Well, at least the regular person can feel like it. StatusPRO launches the first-ever officially licensed virtual reality NFL simulation gaming title, NFL PRO ERA, available on MetaQuest and PSVR. You can take the field like an NFL quarterback in the comfort of your living room. The co-founders of StatusPRO Andrew “Hawk” Hawkins (former NFL WR) and Troy Jones (former D1 QB) have found a way for everyone to enjoy a game of football in the comfort of their home.

“At StatusPRO, we are excited for football fans and anyone curious to know what it is like to be an NFL quarterback, to play NFL PRO ERA. We are offering a wide variety of gameplay modes for players of all levels to really experience what it feels like on the field,” said Troy Jones, StatusPRO Co-Founder, Chief Executive Officer, and former DI quarterback.

“For new VR users, I encourage them to check out Mini Games and Practice Mode to build up their skills. For a more casual experience, our Multiplayer Sandbox allows gamers to play catch with friends in any NFL Stadium, while our Two-minute Drill offers a fast-paced simulation experience and lets them compete against other gamers for the top spot on our leaderboard. Once they are ready for game day, they can quickly advance to play full 11-on-11 games in the Exhibition Mode and rack up trophies as they play a full NFL schedule and take their team all the way to the Super Bowl in our Season Mode,” added Jones.

Through a combination of NFL game data and StatusPRO’s athlete-led technology, NFL PRO ERA presents a new level of football video gaming. Gamers can engage one player at a time or choose up to eight participants to experience games together. In Multiplayer mode, gamers can play a game of catch in their favorite stadium, regardless of where they are in the world.

I checked out the NFL PRO ERA with my nephew and at a media event in New York City. I felt like I had more fun than him! It was a great experience and the team at the location made sure of it. We started off with the practice mode and two-minute drills to get the hang of it before getting into exhibition mode. Of course, we both caught on after a few test runs. I got it faster than I expected. With video games, I used to always pass on the football games because of picking and executing plays. NFL PRO ERA was so simple, just a few clicks here and there. The reason you are moving around is that you feel you are playing on the football field.

Watch some footage of our NFL PRO ERA experience, you can see how my nephew did compared to me, lol. He could take his practice skills to the real field, he even did a touchdown dance, that’s how real it felt. We also got to meet both co-founders Andrew and Troy and hear their stories of what it took to make this dream happen. I was excited about their success and how long they have been working on this. It was also exciting to see how inspired my nephew was to see two Black men making this type of impact in technology and sports.

I added some background music to give you all an idea of what it really felt like to be in PRO ERA. VR ain’t bad y’all. Especially if you are a sports fanatic from the living room or just someone looking for new some new destination entertainment that does not require you to leave your home. This takes it up a whole other level. And you can play with friends!

NFL PRO ERA is available for $29.99 at the Official PlayStation™Store and the Quest Store. Fans can check out the official game play trailer below.

Property Pro Egypt Sherrod Teams Up With Husband in ‘Married to...