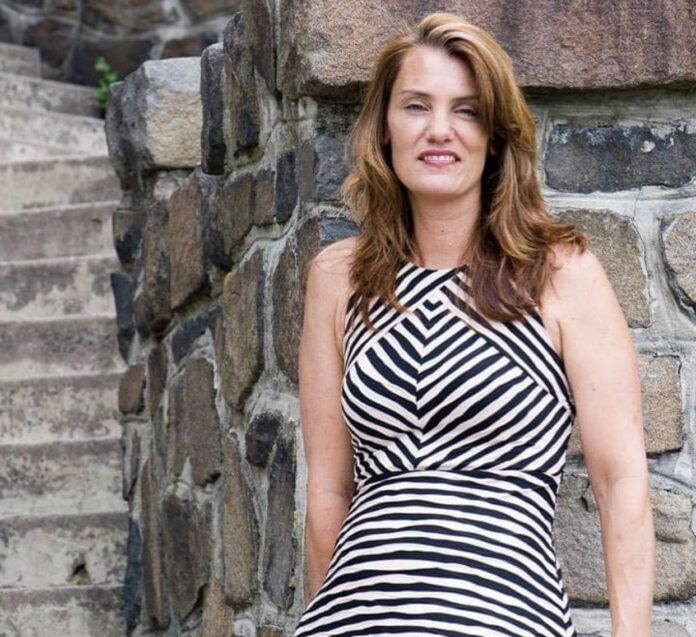 A recent headline in Time Magazine reads: Depression and Suicide Rates are Rising Sharply in Young Americans, a New Report Says – This May Be One Reason Why. It is unclear how much of a role social media and technology play in suicides, but according to many major headlines, the suicide rate among the Gen Z generation has risen significantly over the past ten years. The overuse of technology and social media may be a possible culprit. But knowing this, does this solve anything? How will anyone break the grip between young people and social media? With the stigmatization surrounding mental illness, younger people may feel they cannot openly speak about the mental and emotional battles they face.

Enter Mary Albertoli, a clinical social worker determined to propose actionable solutions instead of detached labeling. Albertoli, who has a master’s degree in social work from Columbia University, has worked with children and adolescents for 11 years, in both individual and group settings with depression, PTSD, and suicidal and homicidal ideation. Her hands-on experience taught her that it was only through effective conversations about themselves and with each other that real growth and change took place.

“There’s so much stigma around mental health, but the truth is not one of us is alone in struggling with something,” said Albertoli. She started developing the idea for a docu-series called The Shift in the Spring of 2018 after being deeply affected by a headline about a 9-year-old girl’s suicide. “I thought enough is enough. When did suicide become an option for young people?” She knew this was primarily due to a lack of dialogue about mental health. Young people were failing to bring language to their emotions and traumatic experiences and were often left to deal with haunting mental health issues alone.

Albertoli has partnered with Co-Creators and Producers, Nadia Sarmova and Maureen Isern. “Our goal is to provide a relatable and even fun format for young people to engage in discussions they might otherwise avoid, often because of not knowing how to begin,” says Isern.

The USC Media Institute for Social Change (USCMISC) at the University of Southern California’s School of Cinematic Arts was first to get on board with the creators of The Shift. USCMISC will facilitate and produce aspects of the pilot episode on USC’s campus by providing insight into recent student experiences with anxiety and depression, the first subject to be addressed by the docu-series.

“Mental well-being is a national crisis, and we’ve been hearing from students that there is a heightened concern about it. We are facilitating conversations to help talk about the things we, as a culture, are not talking about,” said Michael Taylor, Executive Director of the Media Institute for Social Change at USC.

The practice of social work focuses on more than day-to-day patient assessment. The social work profession is committed to social justice. These days social workers are advocates, community developers, and human rights activists. Albertoli is one of them. Her mission is not to diagnose but to open the door to candid conversations. Social workers fight for oppressed communities and marginalized individuals, often forgotten about by society.

All young people deserve advocacy and space to speak openly about the mental illness that is affecting their generation without fear or judgment. The Shift series can be found on Facebook and Instagram.