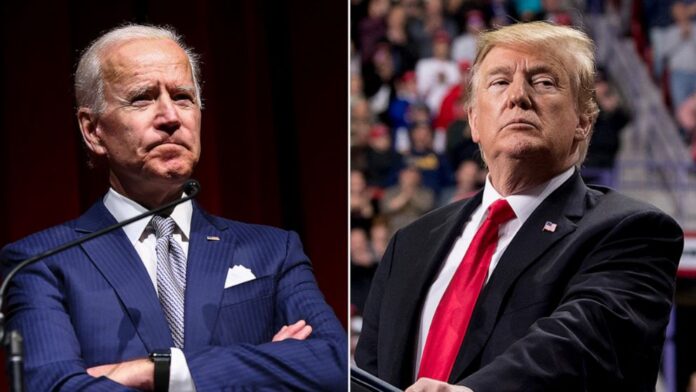 To start, the former vice president is holding a lead by 9 percentage points, in Michigan, with a total of 49 percent support compared to Trump’s 40 percent. Eleven percent of Michigan voters remain undecided. Michigan is a very hotly contested state in presidential elections and Biden currently has strong support from women within the state. They say they would vote for Bien over Trump by an upwards of 18 points (53-to-35 percent).

For example, Trump narrowly won Michigan against the former secretary of state Hillary Clinton in 2016. He was able to garner 47.5 percent of the vote and he won by just a 0.23 point advantage over Hillary Clinton.

Another major battleground state is Minnesota and Biden is currently enjoying an even larger advantage compared to Michigan. He currently holds a 13-point lead with 51 percent support compared to Trump’s 38 percent. Just like Michigan, 12 percent of voters remain undecided on which candidate will gain their vote. In 2016, Hillary Clinton won Minnesota by a very thin margin of 2 percentage points.

In Pennsylvania, former vice president Joe Biden holds a 50 percent lead compared to 39 percent for President Trump. Biden enjoys a 15-point advantage and nearly ten percent of voters within this state remain undecided. The president leads among whites without a college degree and rural voters, while Biden holds leads among women and younger voters. Generally speaking, the two are tied amongst white voters as a whole. Just like the other battleground states in 2016, Trump won Pennsylvania very narrowly.

Trump is regarded as the stronger of the candidates when it involves economic issues and Biden is more trusted on handling the coronavirus pandemic and race relations. Trump’s poll numbers, since the start of the pandemic and with the ongoing social unrest, have been on a continuous downward slope.

The 2020 presidential election, which is more than three months away (Tuesday, November 3rd), is full of unpredictable variables, with the ongoing pandemic and the uncertainty surrounding the economy as well as the protests that persist nationwide.