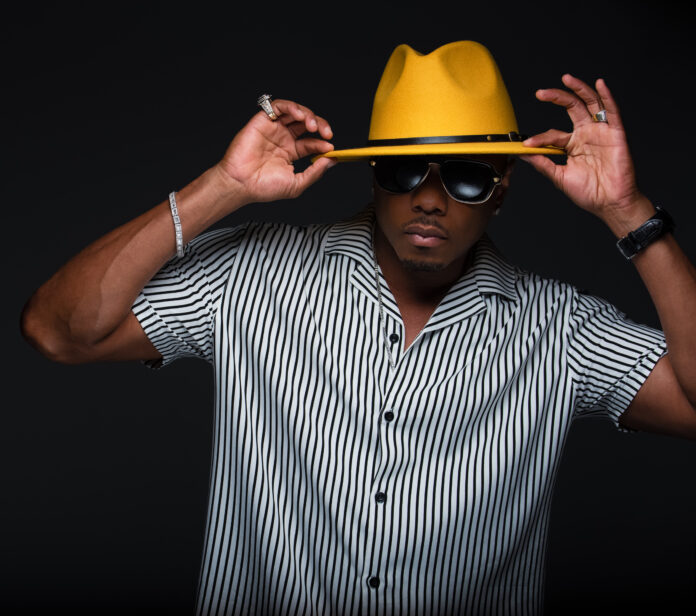 Donell Jones, American Music Award-winning singer, songwriter, and producer, is releasing his 7th studio album titled 100% Free. Jones first caught the ear of the public in the 90s when he released “Knocks Me Off My Feet” and wrote “Think Of You” for Usher. Since then, he released such classics as “U Know What’s Up,” “Where I Wanna Be,” and “This Luv.” With 25 years and six studio albums under his belt, Jones has so much more in store for his fans and music lovers.

Jones’s newest album, 100% Free, is set to release in November 2020. His previous album, Forever, came out in 2013. Since then, the R&B singer has been focusing on music as well as fatherhood. Jones is the proud father of six children who has equipped him to the mature man he is today. ENSPIRE had a chance to catch up with Jones about his latest album and becoming an independent artist.

What inspired you to create your album, 100% Free?

The inspiration came from where we are as a nation and a world. There’s a lot of uncertainties, and people are confused and misguided by thinking money or politics will solve our problems. I feel like we need to look at our behavior as individuals and fix those things first if we want a better world, and so that what inspired me to do this album cause we’re focused on everything but self-love.

What should your fans expect from your new album?

A lot of positive vibes, full of love and great energy.

What are the most difficult parts of your creative process?

Nothing is difficult when I’m creating. I feel like everything flows through me, and I just pick up the signal as if I’m an antenna.

How has being from Chicago affected your current life and music?

Everything about me is Chicago, from my swag to the way I dress and walk, it’s just who I am, and it comes out in my music and lyrics.

You are an independent artist. What led you to make that choice?

Well, I did the major label thing for many years and I was never a priority on any label that I was on, so I figure the best choice was to be on my own label and become my own boss and call all the shots … it’s hasn’t been easy, but I prefer it this way because the reward is greater.

What advice would you give to any artist hoping to become successful?

Always try to be original but study the great artist that came before you cause there’s so much to learn and always remember that this is your dream, and you can make it whatever you like; just practice and love what you do.

Jones music lovers can expect for it to be a total of seven tracks with a trap, R&B, and fun feel to it. 100% FREE has many meanings, but in this case and during the times we live in, this album to encourage people to be 100% free from stress, self-sabotage, not trusting, and 100% Free from everything we have been experiencing in this world that is not making us better as people. Connect with Donell Jones on Instagram @donelljonesforever and his website www.donelljonesmusic.com.

Are You A Saint Or A Sinner