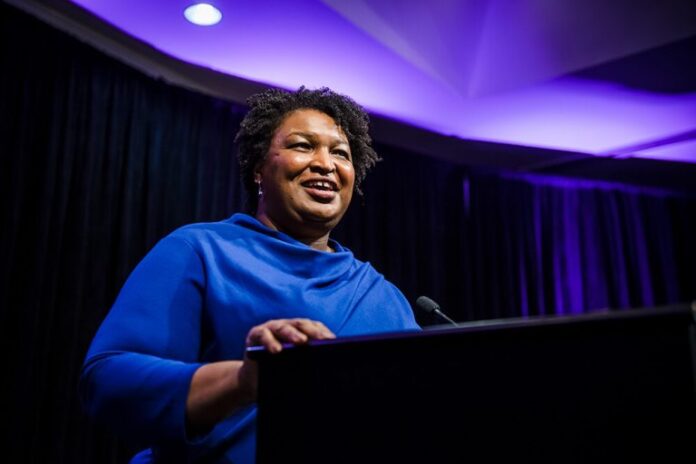 After 28 years of voting for the Republican party, Georgia appears to be in a position to give its 16 electoral votes to the Democratic party. This is in large part due to the massive efforts put forward by Stacey Abrams in the past years.

During her time in the House of Reps, Stacey Abrams passed laws intended to improve the conditions of voting minorities in her state of Georgia. These included the New Georgia Project, a nonpartisan effort designed to register most, if not all, eligible citizens of color in Georgia. As of September 2019, Georgia has seen half a million new voters register to vote, excluding the number who registered in anticipation of the 2020 presidential election.

However, in 2018, when she lost to Brian Kemp for the position of Governor of Georgia, she knew there was a lot of work to be done past just registering people of color. Kemp and his team were able to throw out the validity of thousands of votes and voter registrations. The reasoning behind this was multifaceted. Kemp removed 107,000 voters from the voter rolls because they had not voted in the previous election. He refused 53,000 voter registrations because they had small punctuation issues, and he closed down roughly 200 polling places in low-income minority-filled cities.

Stacey Abrams did not concede that loss. In her speech, Abrams made it clear that she was not conceding to Kemp because she felt it was not the right thing to do. She didn’t feel as if the way Kemp won was proper, right, or fair, but the laws in place made it impossible to fight for this belief. It was here that Abrams described the voting issues as a clear case of “incompetence and mismanagement.” After this lost election, Abrams started doing more in the state of Georgia. She started the Fair Fight program. This program included initiatives such as Fair Fight 2020, which trained voter protection teams, and Fair Count to ensure accuracy in the census.

For more information on these programs, and to donate, follow visit her website. Abrams also has a variety of books available on this topic, such as Lead From the Outside, a book on leadership, and ambition.