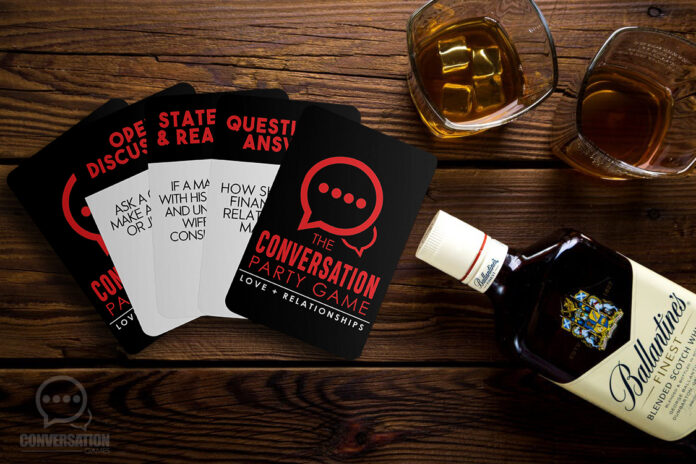 Conversation Games LLC owners, Cassidy Bass, and Dominic Jones have recently created a new card game to push away quarantine boredom. Created while on a trip to Paris, France, Conversation Party is a game designed to amuse while debating. The game has three card types, Q&A, Statement & Reaction, and Open Discussion. Meant for 18 and older people, the game has three decks: “Love & Relationships,” “Love & Relationships: After Dark,” and “This Is Not A Game.”

During their trip to Paris, France, Bass and Jones realized how great it was to have fun without phones or gadgets in people’s hands. At the dinner party, there were no distractions, the entertainment was old-fashioned conversation. Everyone on the Paris trip was from different backgrounds, but they were able to hold a stimulating conversation on a range of topics. Bass and Jones recall it feeling like the group had been friends for years. Because of this positive experience, Bass and Jones wanted to emulate it in their game.

The creators pictured this game as a fun way to spend game nights, dinner parties, and road trips. The different cards target controversial topics such as money, sex, relationships, and religion. The card decks are all debatable, and depending on the players some cards could be seen as controversial.

“That’s the beauty of our games, the content may be the same but the vibe will always be different based on the dynamics of the group playing,” the founders said.

Overall, Bass and Jones hope The Conversation Party series brings joy to their users. The mission of Conversation Games LLC is to create fun and engaging games that build connections between people through stimulating conversations. For more information on the game and the different decks visit their website at conversationpartygame.com.

Legendary Boxer Dies After Getting Hit By Car