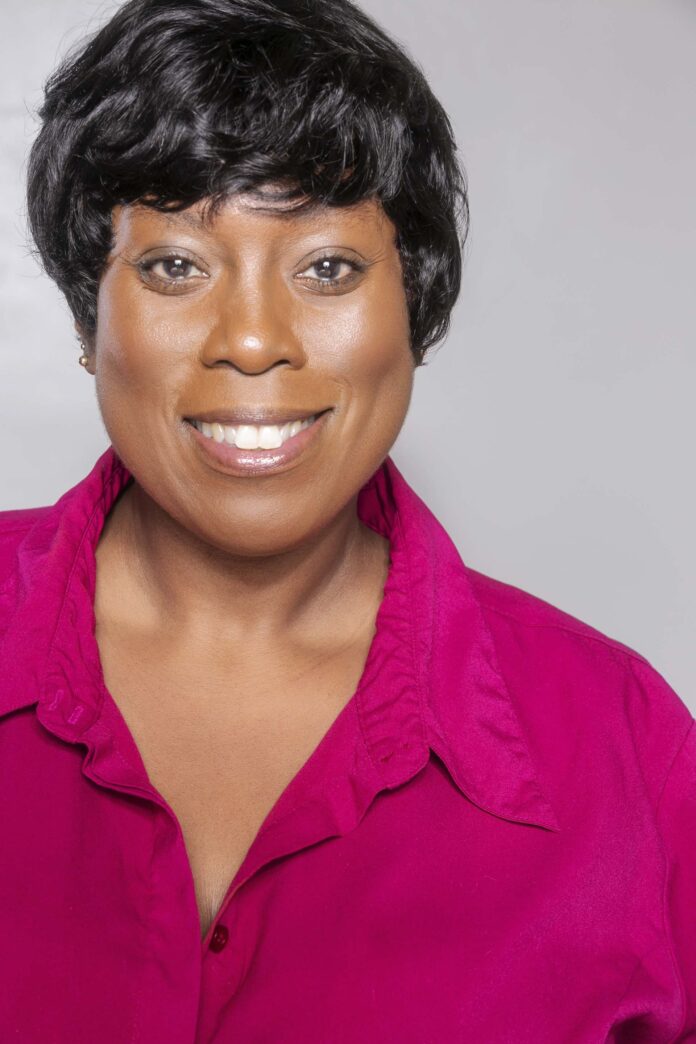 ( ENSPIRE Interviews ) Premiered to a Sold Out Audience at the Sundance Film Festival, Alysia Joy Powell’s Performance in “Judas and the Black Messiah” Noted as a Standout

Alysia Joy Powell stars in the new drama, “Judas and the Black Messiah,” released Feb. 12, 2021. Written and directed by Shaka King, Powell plays the role of Ms. Winters, the mother of 19-year-old Black Panther Party member Spurgeon “Jake” Winters. In this exclusive interview with ENSPIRE Magazine, she details her experience working on the film, her acting beginnings, and her present creative pursuits.

Powell got her to start singing in the Gospel with The LA Chapter of the Gospel Music Workshop of America. She explains that during this time, artists frequently came to town looking for backup singers to accompany them at events and award shows. Powell’s vocal talent and ability to quickly pick up music got her noticed and she soon began working with big names such as Yolanda Adams and Mary J. Blige. It wasn’t long before she transitioned into acting.

Powell’s love of acting came from her father, who was an actor himself. When she was in the fifth grade, she began riding with him to practices and auditions and watching her father shaped her own aspirations of becoming an actor. “Being able to ride along with my dad every day, I started to fall in love with film, TV, and the stage. I wanted to be just like my Dad,” she said.

What was it like growing up in an acting household with your father being involved in the art?

AJP: I became [my dad’s] riding buddy after being stalked by a child molester when I was in the fifth grade. A man was peeping in my bedroom window, and after three days, my Dad caught him. After he was arrested, we found out that he was just released from jail for molesting a nine-year-old. Once that happened, it’s like my dad couldn’t let me out of his sight. Being able to ride along with my dad every day, I started to fall in love with film, TV, and the stage. I wanted to be just like my Dad. I would read his scripts and read them aloud with him. That’s, also, when I started writing. I wanted to create stories like I saw my Dad in.

How do you think that shaped you and your aspirations to become an actor yourself?

AJP: It was a heavy influence. I discovered what I wanted to do, and I was good at it, but my family didn’t want me to have anything to do with the business of acting. I was forbidden to participate. But it didn’t stop me from dreaming.

What inspired you to take on directing and writing?

AJP: I knew I was a director when I started writing. I would write and see shot selections and camera angles which are considered taboo for a writer to include in a script. Also, I am able to communicate really well with actors, and I’m able to get out of them what I need to see on film. Due to COVID-19, there haven’t been any recent projects, but I’m working on three episodic scripts.

As a multi-talented artist, what drives you to explore new areas?

AJP: The things that I’ve done, and the things I’ve wanted to do since I was a child. Acting, writing, directing, poetry, designing clothes & jewelry … I’ve always been multi-faceted. I’ve had difficulty focusing on one thing, lol. It used to drive my Dad crazy. Even when I tried to do just one thing, some of my other gifts would come into play, anyway.

Powell advises those who may be afraid to branch out and explore multiple talents, “Take the leap and trust yourself. Life is too short not to follow your dreams or exercise your gifts.”

Do you ever have fear of failure?

AJP: I think everyone does. I’m a bit of a perfectionist, and fear and perfection go hand in hand. However, I’ve never let fear stop me. I’ve practiced reversing the negative self-talk because sometimes you can be your own worst enemy.

Powell speaks about her experience working on the film:

AJP: It was exhilarating. Shaka King was very generous and allowed my exploration. Daniel [Kaluuya] was a gem to work with; he allowed me to sink deep into my character and grasp the scene as my own. It was more than a pleasure to work with this cast. You saw the performances. It’s like black excellence.

The role of Ms. Winters called for Powell to pull deep within herself. Thus far her career has been centered around comedy so to take on a character that carried a lot of weight and responsibility was quite the challenge for her. “I felt I was representing all mothers who had lost children to police brutality. I felt their hurt and their grief,” she said. “The day we shot this scene, the verdict for Botham Jean was coming in. All I had to do was be present, stay in the moment, and carry those mothers with me. The Spirit did the rest.”

The film comes to us in the midst of racial tension after the killings of members of our black community such as Brianna Taylor, George Floyd, and Ahmaud Arbery and a new height for the Black Lives Matter movement and fights against police brutality.

What can you say about the timing of this film and the racial tensions that we are experiencing currently in America?

AJP: What I’m most proud of is the vindication of The Black Panther Party. They just wanted to improve their community and be self-sufficient. They created programs like Wic, the breakfast and lunch programs, medical clinics for free care, and protected their communities against police brutality. The Black Panther Party was not antagonistic, but they were defensive. They were demonized by the government, much like they are demonizing Black Lives Matter, because of their power to organize and bring people together. Deputy Chairman Fred Hampton’s vision of The Rainbow Coalition was threatening to the government. I think this is what was needed at this time. First, it’s setting the record straight, and second, it’s causing people to get involved and examine what they can do to be more active in their community. That is something we should all be doing, together.

Feel Good Tiktokers Who Do More Than Just Entertain