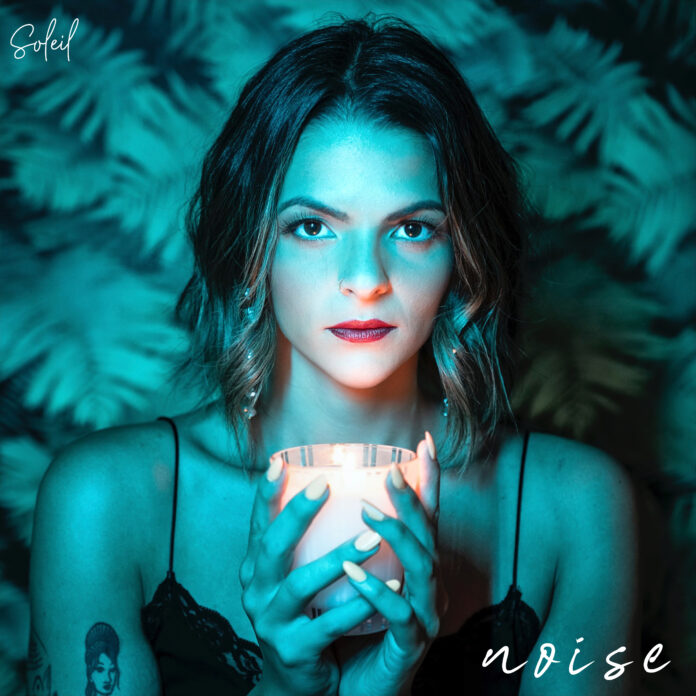 Soleil returns with a powerful song and music video that takes storytelling to a new level. “Noise” is a darker sound than Soleil’s latest singles, but really puts her vocal range to the forefront. The music video is ominous, yet beautiful and really shows Soleil’s directing chops as she served as a co-creative director. Soleil is releasing the single titled, “Noise,” accompanied by a music video, on Friday, May 28th, 2021.

Soleil drew inspiration from various situations for “Noise.” – “At the time of writing, ‘Noise,’ I was a bystander to a crime scene; I was recording in a place down the street of the crime scene when I learned about the crime.” Soleil continues: “The husband killed his wife and tried to bury her in the backyard. The whole situation really shook me, and led me to writing ‘Noise.'” The harrowing situation was the catalyst to “Noise,” but Soleil wanted to put a creative twist on the story. Soleil explains: “I heard Brent Faiyaz’s ‘Natural Release’ and the twist in the story was captivating. Once we started writing the song, it needed a twist. I thought of the Oscar Pistorius story and took it from there.”

“Noise” showcases a different side of Soleil’s artistry and is reminiscent of the late Amy Winehouse’s deep, expressive sound. Soleil never ceases to amaze fans through her versatility and polished, dulcet tones. Listeners will no doubt make some noise for “Noise.”

Soleil is a singer-songwriter that is originally from New York but resides in Miami. She has performed on countless stages throughout the country. Soleil has been interviewed by and featured on various radio stations and media outlets such as Rolling Stone, EARMILK, ELEVATOR, and The Hype Magazine. She won contests for and gained recognition from Sony, Music.com, SoundCloud, and ReverbNation. Soleil uses her powerful, polished vocals to tell tales of all aspects of love. We can clearly hear her versatility: Blues, EDM, Hip-Hop, Jazz, Pop, R&B, and Soul. Her music has a little of something for everyone. Soleil will soon prove why she’s a superstar in the making.