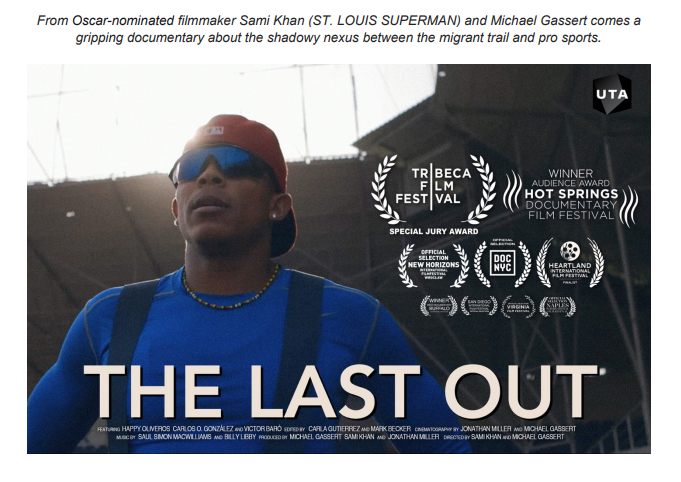 ENSPIRE Magazine had the pleasure to have an “exclusive look” at the baseball documentary, The Last Out, which premiered at the DOC NYC 2020 Festival.  The documentary provides an “extraordinary insight” into the lives of modern-day Cubans as global politics altar and the world transforms beneath their feet.

Baseball has been a popular game in Cuba for decades — in fact, for well over a century — and they have spotted even Fidel Castro swinging a bat from time to time, as evidenced by the opening historical footage. However, players defected abroad after the Cuban professional league was dismantled in 1961 and replaced by a nationalized one. As a result, a growing number of them arrived in the United States in the early 2000s.

The major league debuts of Aroldis Chapman and Yasuel Puig drew a lot of attention and expectation. However, the unique hurdles that talented and eager—yet uninformed—Cuban baseball players encounter, such as multi-step visa hurdles, learning English, the nefarious intentions of agents and handlers, and false promises, are frequently ignored. Happy Oliveros, Carlos Gonzalez, and Victor Ernesto Baro, three players from the island hoping to play on the mainland journey, are captured by filmmakers Sami Khan and Michael Gassert.

Victor and Carlos are pitchers; the first throws a great slider and fastball, while the second is a master of curveballs and knuckleballs. Happy, the other player, is a continuously upbeat slugger who enjoys cooking delicious meals for his fellow ballers in his spare time.

Because of the relations between the United States and Cuba and the embargo that makes it illegal for Major League Baseball teams to recruit and sign Cuban players, the players must seek residency in another country to pursue their baseball dreams. The players pack up and start their lives in San Jose, Costa Rica, to begin training for their shot of becoming an American Baseball Player.

Throughout the documentary, the players, who are vulnerable in many ways, go along with whatever they are told for most of the journey because they are desperate to play baseball. Signing a contract with an American Baseball team changes their life forever, and for many, there is no limit to what they will endure or risk to achieve that goal. The entire journey is heart-rending, sad to imagine. But it’s all done for the love of baseball and the life that it may provide for individuals willing to risk everything for a shot at a better life.

Trogon Productions, Oscura Film, and Brew Media were among the production companies involved in the project, which they shot over four years. According to the filmmakers Khan and Gassert, The Last Out touches on many topical and urgent issues.

For more information on “The Last Out” Documentary, visit the Tribeca Website.

Taylor Swift To Be Honored As Artist Of The Decade At...