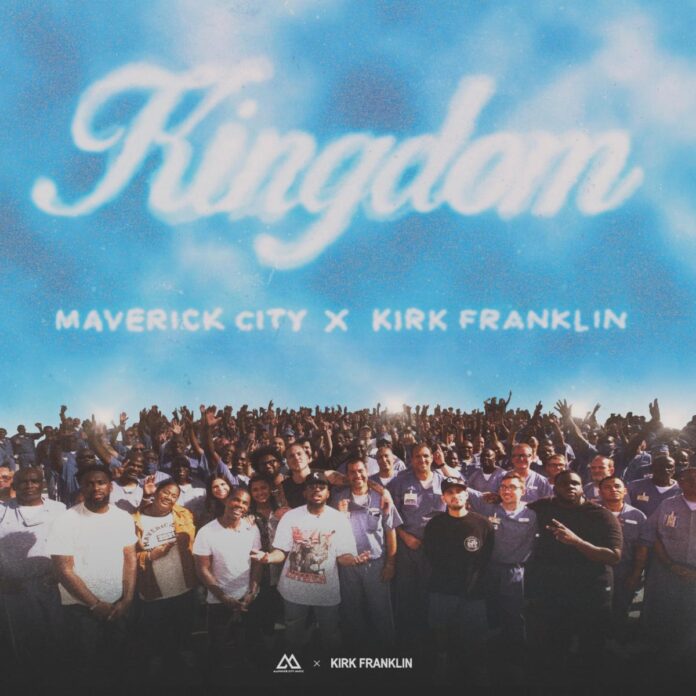 Produced by Live Nation and Undivided, the 37-city tour kicks off on June 1st at FTX Arena in Miami, FL making stops across North America in Atlanta, Toronto, Nashville, Los Angeles, and more before wrapping up in Denver, CO at Ball Arena on July 31st. At the conclusion of the Kingdom Tour, a collaboration album, Kingdom, will follow featuring Maverick City Music and Kirk Franklin. Tickets go on sale starting Friday, March 18th at 10am local time on Ticketmaster.com. Be sure to get your tickets now before they’re sold out!

In two years, the group secured multiple top ten releases on the Billboard charts, garnered over 300 million streams worldwide, and sold out their first-ever tour which took place in arenas across the country. The impact of Maverick City Music continues to resonate as they bring together millions of people and provide a sense of community to those who needed a place to go. In 2021 Billboard crowned Maverick City Music as the #2 Gospel artist of the year. Maverick City Music has earned multiple Stellar Gospel Music Awards, Dove Awards, and a Billboard Music Award.

Kirk Franklin is a 16-time GRAMMY Award-winning songwriter, arranger, and producer. After over 30 years of continuous hits and tremendous success bridging Hip-Hop, Pop, and Gospel together, Franklin’s Love Theory bowed at #1 on Billboard’s Hot Gospel Songs chart and kept the position on lock for thirty-nine weeks. The vibrant track marked the singer’s record-extending seventh #1 and his second start atop the chart. Love Theory also opened at #1 on Gospel Streaming Songs as well as Gospel Digital Song Sales charts. The album LONG LIVE LOVE and single “Love Theory” won two GRAMMYs in January 2020.

Kirk continuously creates a sonic compass to everyday culture and curates a Gospel moment whenever and however he can to keep the message of the Gospel pushing forward. Known for his timeless songs and epic collaborations with artists including, Chance the Rapper, Kanye West, Justin Timberlake, Justin Bieber, Demi Lovato, Michael Jackson, Wyclef John, and more, Franklin’s impact doesn’t just stop at the charts. He promotes the growth and development of young artists by hosting a summer camp, Camp Lotus, for aspiring artists and musicians. Franklin also supports various non-profit organizations including, Compassion International and St. Jude Children’s Research Hospital.

While Franklin is committed to helping his communities, he is also passionate about making sure Gospel reaches new heights and entertainment mediums. Aside from Franklin’s podcast Good Words, available on all digital platforms, his satellite radio show on Sirius XM Kirk Franklin’s Praise, and a phenomenal music show on Twitch, Franklin is the executive producer of Kingdom Business, a scripted drama for BET, and served as executive producer and music producer for the holiday film, Kirk Franklin’s A Gospel Christmas, which aired on Lifetime.

Another article you might enjoy: Tamela Mann Brings Healing To The World With “Overcomer”

Tiffany Ford “The Childcare Guru” is the Future of Youth Education