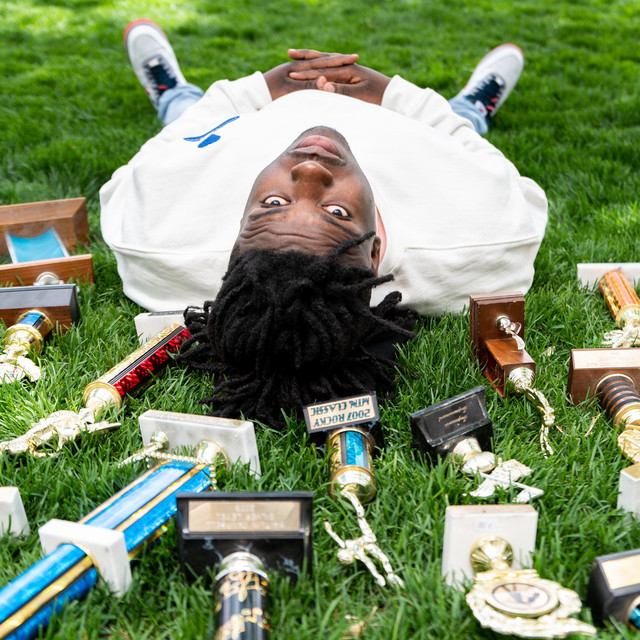 Obeeyay debuted his new single “Hard” on March 4, 2022. It’s a dance-pop song about throwing caution to the wind and loving someone to the max, all while living lavishly with no regrets. Musically, the track contains components that evoke nostolgia that many would associate with 2010s mainstream R&B. “Hard” is the fourth and final single from Obeeyay’s upcoming EP called “Winnin”. Listeners who are fans of Cautious Clay, KLYE, or Blxst, will be sure to fall in love with Obeeyay’s sound and lyrical genius.

Obeeyay explains the following about the making of “Hard”. “This song is really for the untouchable couple. I wrote it thinking of all the times people doubted my relationship with the girl I was with throughout school, wanting to prove a point that when I’m with her, nobody can say anything cuz we’re untouchable.” Obeeyay’s new single “Hard” is available on Spotify, Apple Music, Pandora, and YouTube Music.

Obeeyay dropped “Make You Mine” back in October, followed by “Winnin’” in November, and “Let’m Know” in January. The singer-songwriter has worked with Brandy, Queen Latifah, and Jojo. He honed his skills as a songwriter during his early teens when he moved from Salt Lake City to Los Angeles, California. After gaining years of experience writing for other artists, Obeeyay moved back to his native state of Utah to focus on his career as a solo act. Obeeyay is notable for his remake of Sunflower from the blockbuster Spiderman film Into the Spider-Verse. Obeeyay’s discography contains songs that range from Pop and Rap to R&B. Today, he’s one of the hottest live performers in the entire state of Utah—having performed several times for live audiences at Utah Jazz games.

Growing up in a very musical family of gospel legends from Utah, music was natural for Obeeyay. His mom Debra is a well-respected local voice teacher and one of his sisters currently performs on Broadway. Being that musical talent runs in the family, his parents were quick to support their youngest child’s talents by moving him to LA as a teenager. In LA, Obeeyay found himself drawn to virtuoso crowds, shadowing Grammy-winning producers and songwriters who worked behind the scenes with superstars like Rihanna, Lady Gaga, Nicki Minaj, and Cardi B.

Obeeyay quickly got drawn into all the hubbub of LA. However, he quickly learned to hustle; he found backup dancers and sold tickets to concerts. Above all, he discovered the importance of flawless execution as a stage technician. “I had to go and make it happen for myself,” he says. “I was taking public transportation all over LA — my mom and dad weren’t there to help me like I was used to. I became an adult pretty quickly. But that hustle is where it’s at. The connections I’ve made come from treading that water—and rising above, even as a small-town kid.” Even when moving back to his hometown, Obeeyay’s vibrant persona helped him build his fanbase both online and in real life. However, with the COVID-19 pandemic looming, this threatened to strike a devastating blow to his music career.

“Honestly, the pandemic helped me realize how much I love being in the studio,” he says. “The studio feels like home. The global pandemic has given me more time to focus on myself as a singer and songwriter. A song goes a long way if it moves you. It doesn’t matter where it was created, in your basement or in a million-dollar studio. It’s how you sculpt that clay—the beats, the melodies, and the words—that matters. “I’m more of a high-energy artist, and as I’ve grown musically, my vibe is good times,” he says. “I’ve shifted as a person. I don’t want to paint everything red. Things hit differently in 2022. The world has changed—even compared to 2021.”

For more information on Obeeyay visit: