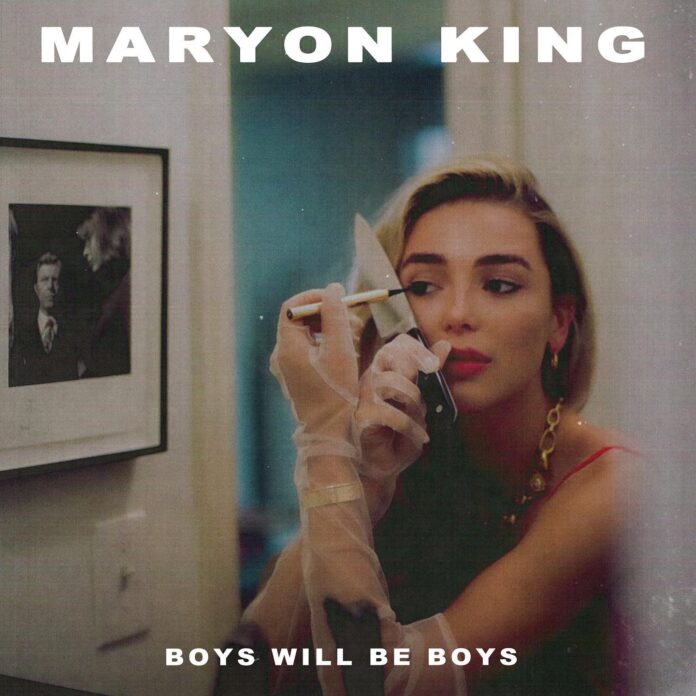 Pop singer/songwriter Maryon King dropped a heartbreak version of her recently released anthem, “Boys Will Be Boys.” Accompanied by a brand new music video, the new rendition is a stripped-back piano piece, which allows King’s voice to take center stage and causes her heartwrenching lyrics to pack an even greater emotional punch.

The new “Boys Will Be Boys (Heartbreak Version)” music video premiered exclusively in Wonderland Magazine, which had this to say about King’s vocals and the aesthetics of the music video itself:

“Told purely with her unfaltering vocal prowess in the brand new live version of the usually playful pop track, King, backed merely by a piano, performs alone, from a mountainous landscape, befitting of an arrangement of such grand stature.”

While “Boys Will Be Boys” is King’s first release of the year, following her three 2021-released singles, it is intended to usher in the singer’s debut EP, which is anticipated to drop later this Winter.

While King currently resides in Los Angeles, CA, her international background (having been born in Moldova and raised in Padova, Italy, and London) certainly contributes to her unique sound and writing style. Even though her parents encouraged her to pursue a more traditional career, King’s early love affair with music inspired her to follow her dreams. When she turned 18, she left her family to go to study languages in London but ended up secretly switching her degree to music shortly thereafter.

After receiving her degree, King immersed herself fully into the London music scene, which afforded her the opportunity to write her own music and assist in the creation and performance of music with Afrojack, Martin Jensen, and Tiesto. King also got the chance to open for BEKA’s completely sold-out UK tour. Her grit, determination, and talent make her a rising music star to keep on your radar.

Follow Maryon King on Instagram to keep up with her latest releases, stream “Boy Will Be Boys” on Apple Music or Spotify, and check out her newly released “Heartbreak Version” music video below!