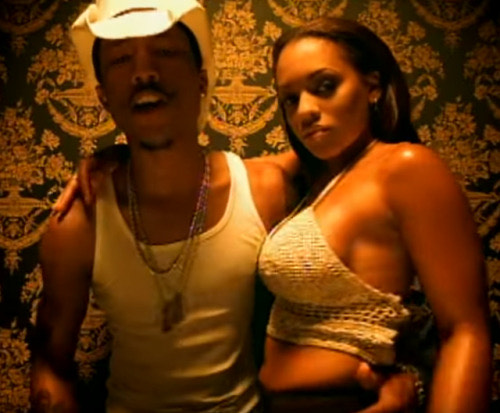 Long before YouTube or IGTV, music videos were considered somewhat of a phenomenon. They premiered like big-budget films rather than the link in your bio. In the early 2000s pockets were deeper, budgets were nonexistent and access to the industry’s most elite models was unlimited. Every music video needed it’s leading lady, the eye-candy to reel in viewers and boost awareness of the song that was being pushed and thus the “Video Vixen” was born.

If you were in tune with hip hop during that era, then names like Melyssa Ford, Tammy Tores, Erica Mena and Brooke Bailey (to name a few) became a household name. By showcasing their beauty and scantily clad bodies in videos from the likes of Jay Z, Mystikal, Nelly, and 50 Cent, these women acclaimed star-status, and at times, more so than their male counterparts. It became more than BET and MTV; they were featured in magazines, TV shows and streetwear campaigns proving that sex indeed does sell.

Historically in pop culture, women have often been objectified as sex symbols in music videos and no one seemed to bat an eye, even in the most unsavory positions (RIP BET Uncut). But when you’re young, beautiful and making an upwards of $8,000 for a two-day shoot, it’s easy to look the other way.

Fast forward to 2020, in the height of the #MeToo movement, the music industry is singing a different tune to what is culturally acceptable when representing women, particularly in hip hop. Models took their earnings to build brands and create generational wealth with their business. More women have the courage (and the platform) to speak on what content is considered to empower females or degrade them.

But there’s still work to do, the Video Vixen has basically been replaced by the “Instagram Model” and there’s an army of them. Emerging artists in hip hop continue to follow the trend, for example, Black Diamond Mafia’s latest video “Fire Hose” by Buggzy Hoffa and 2CaNn feature women in chains, surrounded by cash and dancing in barely-there shorts and bikini tops. While the images may have some triggered (or others empowered) it circles back the larger conversation of the depiction of women in hip hop.

From Aretha Franklin to Trey Songz, Put Some Respect on His Name