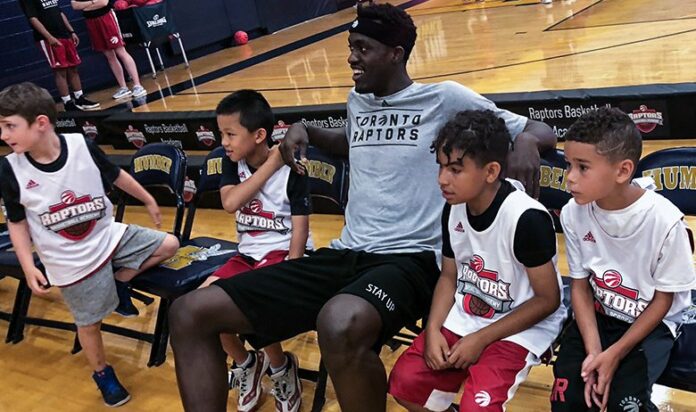 ( ENSPIRE Sports ) Players From The Raptors’ Organization Were Amazed At The Impact They Have Had On The Youth During A Project For The NBA Cares Program.

While most fans were excited at what the Raptors achieved during their home-run stretch, beating the Golden State Warriors in a 4-2 series and winning their first NBA title in franchise history, the NBA Cares program was finishing up a project that the youth and players shared.

Selected children attended the program activities and were greeted by their favorite Raptors players, who encouraged the youth to work hard, have fun, and always keep learning. Marc Gasol had so much fun with the youth as some of the children asked him about playing basketball. “This is what it is about. We are inspiring the next generation of kids, who are looking up to us,” said Gasol.

Danny Green spoke to the children as well and told them that they inspire him to be a better person and role model.

The Raptors’ players were super excited that the program was a success, as well as how the children were excited to speak to their favorite players.