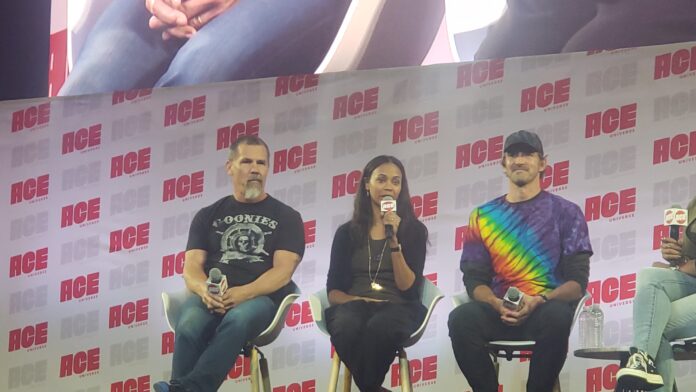 Ace Comic-Con came to Seattle and created a lot of buzz this past weekend. A lot of fans came out in cosplay costumes and showed their creativity with being in character. There were a lot of fans who dressed up as Spiderman, Mortal Combat characters, Thanos, Avengers, and many more. WWE stars Bayley and Charlotte Flair was impressed with how many people stayed in character as they cosplayed their favorite characters.

Bayley actually had a few inspiring words to tell the world about staying true to themselves. “We live in a world that is built on persona and not true authenticity. You have to understand that if you are your own unique self then people would gravitate towards you. I am a very transparent person and when you stay true to who you are, people will want to be around you.”

Many celebrities spoke at the Ace Panels such as Chris Evans, Zoe Saldana, Josh Brolin, Jeremy Renner, Don Cheadle, Jeremy Renner, and Lee Pace. Fans got to engage with their favorite actors and ask them questions about the movie and how they felt after the End Game movie was finalized.

The actors and actresses, as well as the fans, had a lot of fun during the weekend.

Azia, Star of BET’s Hustle in Brooklyn Talks About Her New...