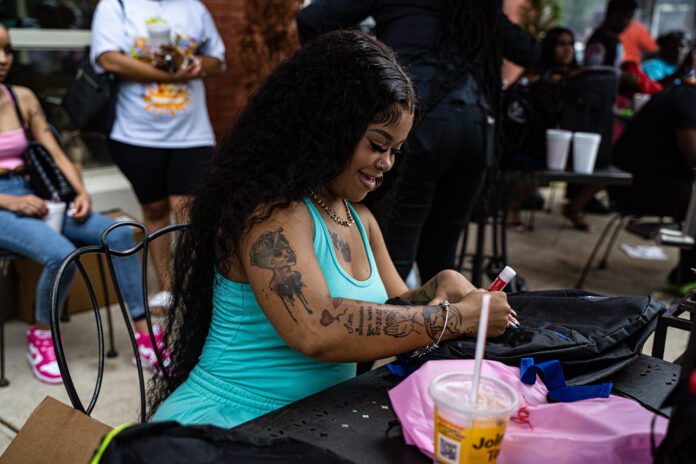 Chicago-bred rapper headed back to her hometown to make appearances for two of the city’s most popular and highly anticipated events! An artist with a passion, Nia Kay has been impacting her community and putting out new music. Preparing for Black Womens Expo, Bud Biliken and her Back To School Giveaway happened earlier this month Nia Kay is all about giving back. The event was live broadcasted on Power 92.3 show Raw Radio along with some performances, school supplies giveaway, and great food at Chicago’s Home of Chicken & Waffles in historic Bronzeville.

Nia performed at Chicago’s oldest, most notable parade’s Bud Billiken. Locally known for celebrating back to school for the youth of Chicago, Niakay hosted her own charity event and gave out school supplies, haircuts, braided hairstyles, and free food. 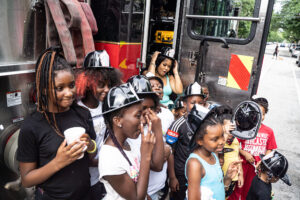 Nia Kay has been making noise through the City of Chicago and on a national scale from participating in Essence Fest this year and releasing new music. Her recent article in Rolling Out shines light on what she’s been up to from her efforts to bring awareness of diabetes in youth as the ambassador of JDRF.

In Nia Kay’s new video, she shows a different side of herself from a business woman to the booth. She invites us into her world in her newest video, “Trust Me”. She’s a boss in her own right from the Bentley to the boardroom. Directed by Will Gates, Trust Me’s video shows a day in the life of a career woman that’s on top of her game. From rocking Chanel, Fendi, and Gucci the cinematic imagery of the glamorous life comes with hard work and reaping the rewards. She’s still putting in work but all she’s asking for is a little trust from her man…tables turned.

After making several appearances during Essence Festival this year, Nia Kay drops a video for her new buzz worthy singles “Yeah Hoe” and “Trust Me.” Flipping the famed southern group Three Six Mafia’s song, Nia Kay owns this fiery hit and proves just how relevant she still is in the rap game. Directed by Nicky Films (Kevin Gates), “Yeah Hoe” depicts a colorful set of scenes that are a perfect representation of who Nia Kay is, from paying tribute to the West Coast with the classic LA bike, like a true Chicago queen.

You can follow Nia Kay on Instagram @Itss_NiaKay to stay up to date on her latest music. Check out her new video “Trust Me” Video (Directed by Will Gates).

Ashanti to Headline the Return of HelloBeautiful’s Interludes Live Sessions