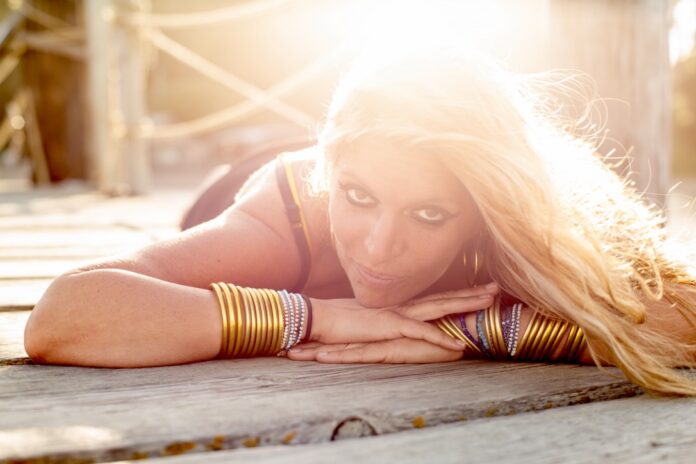 The lead track “Star” shows California’s artistic abilities and her fight for independence with the lyrics of the song inspiring the title of the EP. Estelle says “Star” is the song “where I go each time I lose my essence or purpose. It is a soul signature song and it is healing and empowering. I hope anyone who feels oppressed either by prejudice or personal circumstance can find their voice in ‘Star’ and the other songs on my EP.”

California is a Neo-Soul/R&B artist who is originally from Paris, France and now resides in Oakland, CA. Her music path began when she was 5-years-old studying classical piano and evolved into dancing and the saxophone. She truly found her voice when she began professional opera training at 26-years-old.

Abused in her childhood, she says music always provided a refuge. When she moved to the U.S. in 2013, she felt freer than ever to make her music. Oakland, Calif. felt like home. Everything in her life so far has strongly influenced her music and her fight for independence.

“I speak out for those who feel they have no voice in the face of their oppressors,” says California. “I wish my music to shine a light that inspires others out of the darkness, to seek the recognition they deserve and to rise above adversity.”

California was so inspired by California with its diversity and energy and lack of prejudice, she adopted California as her last name becoming Estelle California. Right after, she quickly delved herself into composing, recording, and performing. “I felt more at home in Oakland than I’d ever did anywhere else, more confident and resilient than I’d ever had before. I will be forever grateful that I met you, California.”

Her songs caught the eye of Narada Michael Walden, drummer, and producer. Walden as produced such major stars as Mariah Carey, Aretha Franklin, and Whitney Houston.

California’s songs, with the help of Walden, set out to put light on certain subjects, such as oppression, racism, and sexism that continue everywhere in the world. She was also inspired by Rev. Martin Luther King’s, Jr.’s dream and the musicianship of Nina Simone. Her new home in Oakland community also set the tone for her music with the homey feel it gave California.

“Just as music empowered me, I hope my songs will inspire those who feel oppressed to realize their true strengths, to find their voices and assure them that I’ll join them in their journeys to a better tomorrow.”