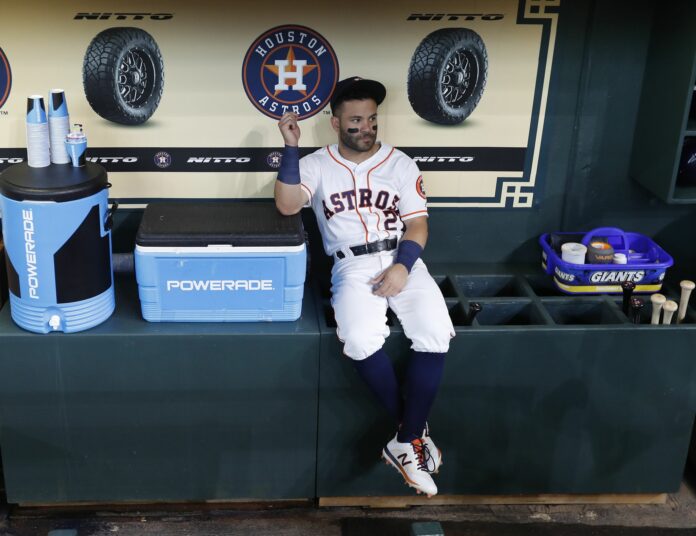 ( ENSPIRE Sports ) Jose’ Altuve Overcome Many Obstacles In His Career, But Faith, Family, and His Passion To Thrive In Big Moments Have Made Him A House Hold Name

In the bottom of the ninth inning and a tied game, Jose’ Altuve (The Little Engine That Could) hit a home run in the ALCS that won the game for the Houston Astros against the New York Yankees in game 6. Despite beating a franchise that was on the cuffs of potentially bringing another championship back to New York, Altuve has felt that he is just starting to come alive.

Before he was an MLB All-Star and an American League MVP, Altuve was told by many people that he was short and didn’t have enough strength to knock the ball out the ballpark. He was cut twice from Astros Academy, but Al Pedrique convinced the Astros organization that something was special about him and it was. Altuve made his Big League debut with the Astros in 2011. During his first full season in 2012, he made the National League All-Star team.  He went on to become an American League All-Star from 2014 and 2018.

Altuve does not rely on just on his talent, but his faith in God. Through the rough times, as well as the good times, Altuve has stated that his faith was the foundation that molded him into the person that he is today.

“To achieve success wasn’t to get into the major leagues or have the best season in the world. The best success is to live your life the way God wants you to. “I grew up in a family that always believed in God. And I feel like, every morning when you wake up, you have to thank Him for just another day. I do it every day.”

Faith, family, and a positive support system have always been the root of Altuve and how he conveys himself on and off the mound. He keeps his family first and he gave America a laugh and a chuckle when he was seen clutching his shirt running to home base to celebrate with his teammates. When asked why was he clutching his shirt, he replied he did not want to upset his wife.

After the excitement of a wild ending for the Astros they face the Washington Nationals tonight and it will be an interesting match-up between the two.

Tyrell Zimmerman: A Mission to Address Mental Health and Trauma Among...