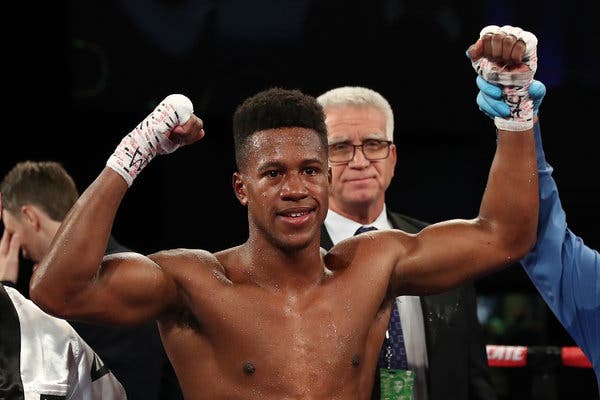 ( ENSPIRE Sports ) Boxing Prospect Patrick Day Passed Away After He Was Knocked Out Into a Coma, But Will Boxing Make Any Changes?

Patrick Day was knocked out during his boxing match, which left him in a coma. He passed away 4 days later from brain injuries. “He was surrounded by his family, close friends and members of his boxing team, including his mentor, friend, and trainer Joe Higgins,” DiBella said in a statement on his website. “He was a son, brother, and good friend to many. Pat’s kindness, positivity, and generosity of spirit made a lasting impression with everyone he met.”

Day’s death brings back a major concern about the sport of Boxing and how people feel about the blows to the head or the dangers of taking the wrong type of hits and end up dying. Since the rules were established in 1884 there have been 500 deaths related to boxing and individuals have been wondering what extra precautions could the organization take in order to protect their fighters.

Day was only 27 and had a bright future in the sport. He was also a dedicated college student,” DiBella said, “having earned an associate’s degree in food and nutrition from Nassau Community College and, subsequently, a bachelor’s degree in health and wellness from Kaplan University.” Many choose the sport as a way out of poverty, but Day was from a middle-class family, per ESPN. “Patrick Day didn’t need to box,” DiBella said, adding, “Boxing is what Pat loved to do,” despite the risks. He said he hoped Day’s death leads to changes to make the sport safer. “It becomes very difficult to explain away or justify the dangers of boxing at a time like this.”

Incidents like this create conversation, so it will be interesting to see how the Boxing committee will attempt to make this sport safer. Day had a boxing record of 17-4-1 with six knockouts.

Tyrell Zimmerman: A Mission to Address Mental Health and Trauma Among Urban Children

Serena Williams Loses Her Momentum In A Shocking Loss To Simona...