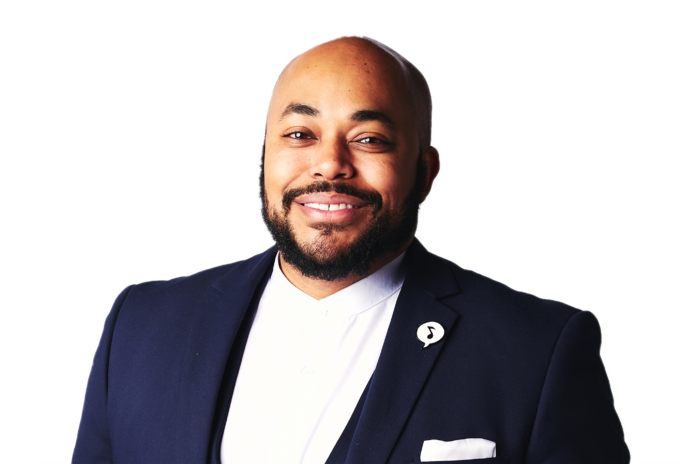 ( ENSPIRE Feature ) Grammy Award-Winning Music Executive Amir Windom Discusses His Work in Music, Film, and Television, Success vs. Significance and How to Be Successful in the Music Business

Film producer and Grammy award-winning entertainment executive Amir Windom is regarded as one of the nation’s top young leaders and creative minds of his generation. During the last decade, he has accumulated success in the world of music, entertainment, and marketing by asserting his skills in the music, film, and television industry. An East Atlanta native, Windom has worked in all aspects of the music business working at historic record labels particularly in brand marketing and A&R divisions.

As an A&R executive, Windom has been a key piece in the careers of some of today’s biggest stars, including Bruno Mars, Kanye West, Pharrell Williams, Lupe Fiasco and Trey Songz, to name just a few. Amir’s distinguished career has provided him opportunities to creatively contribute to numerous Grammy Award-winning songs, albums and film soundtracks that have sold millions of records and won many awards.

Windom is currently a television and film music supervisor, producing and placing music, as well as creating original scores and designing creative strategies for major film companies, such as Sony Pictures, Universal Pictures, and Lionsgate Films. His projects include feature films such as Little, Collateral Beauty, Act Like A Lady, Think Like A Man, Why Did I Get Married 2, and Stomp The Yard 2. Amir’s projects also include highly-rated network and cable television series like HBO’s Insecure and Entourage and BET’s hit show starring Gabrielle Union Being Mary Jane.

In some of your previous interviews you said, “Be more than successful, be significant.” You said significance is when you improve the lives of others around you. Aside from your credentials, how do you think you’ve made yourself significant?

Windom: It kind of starts with my family and my friends. And with that, I think they keep you humble and grounded to a certain extent. And because of that it keeps me very community-oriented and keeps me very focused on how I can really add value to the world and not just focus on looking successful and making money, and just not letting that become the goal — to just be ‘balling’.

So in turn, to me, once you’re able to stay focused on those things you don’t get as much energy pulled and taken from you. It takes energy to be successful and to try to keep up with the Joneses next door, trying to make it look like your life is amazing and everything is good, it takes a lot of internal mental energy.

My point is, I really try to stay somewhat deprived of being addicted to narcissism and material things, and honestly, it really helps me stay focused on it is about. Because if you focus on success so much I do think you find yourself very narcissistic and materialistic. And it just takes away from your overall soul and your legend — as to what you want people to remember you by.

I don’t want people to really only associate me with Grammys and awards and accolades because when it’s my time to go, I really want people to talk about how I improved the quality of life of people, even if it’s at minimum just making people smile and feel good. And the content that I’ve made, you know, because I think there’s a lot of toxic content out there.

I feel like I bring my full philanthropic mind to my creative world, so it challenges me to make content that I think can at minimum add value to someone’s soul. So does that have to look like gospel music all of the time no, but it can be just a Bruno Mars album, something that just makes you feel good, something that makes you want to dance because you feel good.

I say that because I think lyrics now are so chauvinistic and aggressive that it could definitely make you feel inadequate. A lot of music now is talking about how “you broke, and you ain’t got this, and I got that” and I’m just like, sometimes even the content needs to be soulful and enriching.

That is what I mean when I say significant — improving the quality of life. So, it’s like, whatever I do, whether it’s just me being a family member or me making music, movies, or TV shows is to try to bring that same mentality to everything that I do and improve it.

What influenced you to transition from music to working with television and film?

When parents have kids, they can’t just pick one kid to raise and say “Hey, the rest of y’all, we’ll get to y’all when we’re done raising this kid.” They find a way to do it all at the same time.

I think that’s the way I look at my talents. I’m not going to get another shot at life, per se, so I got to tend to all of my talents and try to cultivate them now and love them, grow them so I can give them the best shot to be the dopest thing they can be.

So that’s why I say I have to look at it like I have a responsibility to take care of my kids — better known as my talent. And in that, I’ve found other talents outside of music. I found myself becoming a television and film music supervisor — overseeing music soundtracks and the music played in movies. So when you’re watching a movie and hear the music, it’s my job to figure out if we’re going to create an original song for that scene, a score with a live symphony orchestra, or a find an already released song and place it in the scene.

When you were attending Florida A&M, studying from the School of Journalism and Graphic Communication, did you already have it mapped out what you wanted to do regarding your music career, or did it come to you later?

Windom: It’s kind of hard to map out the entertainment business because this is the one industry and to me, one of the few industries where there’s no set course on how to succeed. It’s not like if you want to be a doctor, you know you need to go to undergrad, go to medical school, commit to a residency, and then become a doctor. There are many careers that are black and white like that, there’s a blueprint on how to do it. But with our industry, there’s just no set course on how to succeed.

One of the greatest things that I learned early was you gotta be adaptable. It’s like you begin to kill off all of the preconceived notions that you were once taught about how life works. The whole “Go to college, get a degree, get a job” mentality, the music business doesn’t work like that, it’s not meant for that mindset. So if you don’t shed that mentality, you’re gonna be frustrated. You’re gonna get disappointed a lot, you’re gonna lose enthusiasm, and you’re gonna lose the energy to stick with it.

I knew I wanted to be great, and I knew that with being great I was going to have to really think outside the box to get to where I am. It’s kind of like if I do my job, I’ll lose my job, that was kind of my mentality. So I got an internship early with Bad Boy and how I got that internship was just by grinding. As with my sister, she just was really ahead of her time as she would be working on labels while she was a student at Howard. She was really on staff at a label as a full-time student at Howard, and also she was doing yard fests. From what I saw, she was really the first person who would have a yard fest and have nothing but big-time artists like Usher, T-Pain, and Jay-Z. To me, she took Yardfest up a notch and made the entertainment industry, especially the record labels realize that this is a force. This became to be if you got a new song out or if you’re just trying to get some publicity, you gotta go to Howard’s homecoming.

With that, I saw how creative you have to be on the business side to network, meet people, and build meaningful relationships. Because the creative part is easy, there’s a lot of creative people but if you don’t have the resources, the network, or people that respect you and want to work with you — they will be to ones to want to give you opportunities. And it will be because you’ve earned that you’re worthy of the investment. Without the network, you’ll just be a person with creative ideas.

I knew that the road of it was gonna be a day-to-day process. A lot of people don’t like to live like that, they want to see everything, they want stability. But the music business just isn’t like that. So a lot of it is really about being faithful and following through blind faith.

For those who are currently in school, and want to go into the music industry, preferably as an A&R, what advice do you have for them to be successful?

Windom: If you’re a school, you’re in the best place to be if you want to work in the music business. You are literally around the people that we want to be around, and who we want our music and artists to be around. So to me, no matter what you’re doing, whether you are a musician, a producer, or an artist you are in the best place to be because you have of all these people who are kind of in the same space — thriving budding superstars. And on top of that, you won’t know who will pop first.

Let’s say you’re aligning with this artist, and you started producing music for them and then out of nowhere the artist has a hit song and is now in the spotlight. He’s now has a record deal is about to start his first album, you want to already have that relationship with him so they call you to work on it. You work on it, BOOM! now you got a hit record, and now you have your own platform.

Take the time to add value to things that are actual assets to you. Social Media is an asset, but don’t get too caught up in that. Don’t let that shape who you are and why you feel your net worth is valuable. -Amir

You just never know who you’re sitting next to, you never know who you’re walking by. So to me, instead of fully just focusing on trying to network with me and people who might be a little bit more established, use that that that fresh creative energy that’s right around you, and work together, because a big part of it is utilizing what you have now.

Keep in touch with Amir Windom via Instagram at @amirwindom1.

The Battle of the Los Angeles NBA Teams Goes To The...