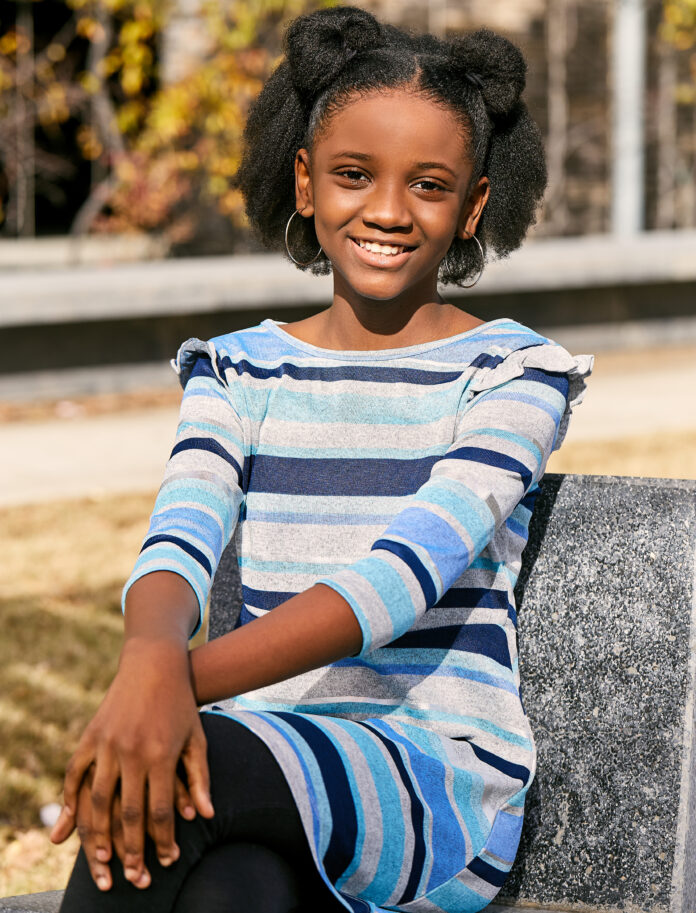 Quarantine can’t stop the 13-year-old Aria Brooks from achieving her dreams. Despite abiding by the months-long stay-at-home mandates, the young actress and writer has found new ways to inspire her community and keep in touch with her fans, but her quarantine activities don’t even begin to show how accomplished and determined she is.

Aria Brooks is an actress who is most well-known for her role in the Nickelodeon reboot of “All That.” The show is known as the “Saturday Night Live” of children’s shows with nominations for Favorite TV Show at the 2020 Kid’s Choice Awards. She is no newcomer to the film and TV industry, as she also starred in Dolly Parton’s show Heartstrings as the character Nola and as Anger in the critically acclaimed film, Harriet, to name a few.

Acting is not Aria’s only talent. She has also written two original songs called “Time Off” and Truly Me” which can be found on her Youtube channel at It’s Aria Brooks. As well as Youtube, the actress is also active on Instagram, Twitter, and Tik Tok. Aria thrives in the spotlight as a fresh voice with a unique perspective and raw talent. Some notable A-list events she has attended include the 9th AACTA International Awards, the 11th Annual Skechers Pier-to-Pier Friendship Walk, and the DoLittle Movie Premiere to name a few.

During quarantine, Aria has found ways to stay active on social media in a positive, socially-conscious way. Using her social media platforms, she has drawn the attention and collaboration of many to bring people together for constructive discussions. Aria took to Youtube to support Black Music Month in June by creating a 3-minute-long mashup of music created by black artists. She also participated in a virtual panel hosted by Arts in the South on Instagram called “What Just Happened?” The panel brought kids around the world together to talk about today’s society. Along with this, Aria also hosted and performed in a virtual concert on Instagram Live which she coined “Living Room Vibes.” To top it all off, she started an Instagram Live Interview series called “Ask Aria” where she brings other famous people on to interview. Recent guests include Kel Mitchell, Faithe Herman, and Kenan Thompson.

With Aria’s headstrong attitude and social consciousness, there’s no doubt that she will go far. At just 13-years-old she has already accomplished so much and served as an inspiration for those who follow her. We are looking forward to keeping up with Aria and watching her continue to follow her dreams.