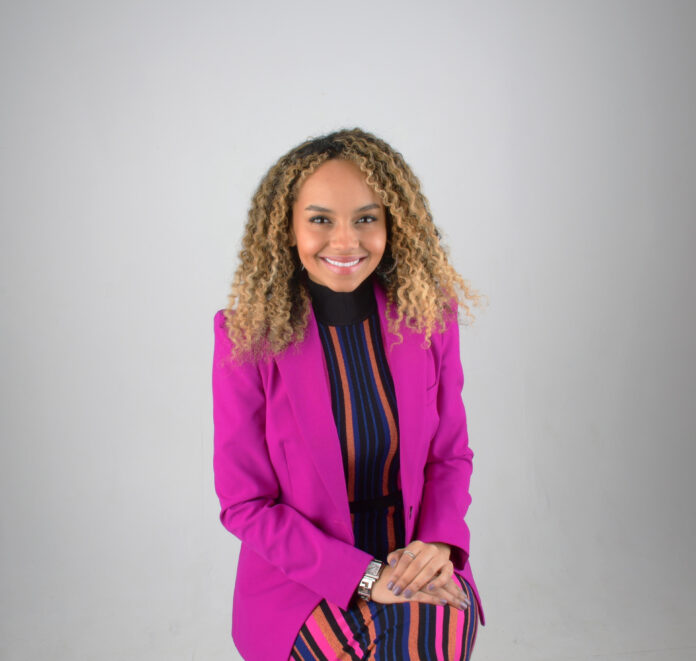 Anna Nyakana is making waves in the publishing industry, one time-travel adventure at a time. The 33-year-old author has had immense success in her mission to provide a celebration of multiculturalism, female empowerment, and self-discovery for children through her writing. Born in Germany in 1986 and later moving to the United States, Nyakana pursued her passion for writing and singing throughout her teenage years while adapting to life as an immigrant and woman of color. After acquiring a Bachelor’s degree in Business and publishing The Student Survival Guide to Online College, Nyakana shifted her attention towards children’s books and bringing to life Niyah Zuri, a little girl much like her younger self.

Nyakana’s first book in the series, Niyah Zuri and The Pharaoh’s Throne, is a sweeping story of time travel and exploration, exposing children to topics of history, science, and math within its captivating plotline. Guided by a magical map that teleports them to different hallmark periods in history, Niyah and the Gonzales twins forge a strong friendship as they embark on a thrilling race against time.

As the daughter of a Ugandan father and German-Moldavian mother, Nyakana recalls the constant struggle she felt in trying to relate to characters in books. “Growing up,” she said in an interview with News 12 Connecticut, “I could never find anyone on the cover that looked like me.” Thus began Nyakana’s mission to develop literature that not only celebrated diversity but allowed children of all backgrounds to identify with the multi-dimensional characters they so admired.

Nyakana professes that she places a lot of the weight on herself as an author to bridge the gaps in gender equality and diversity in the publication world. With less than 10% of children’s books having a multicultural element and only 5% of authors being multicultural themselves, under-representation in writing has long run rampant. Within the education system especially, older books with predominantly white characters fail to reflect the diverse demographic makeup of the classrooms themselves.

Nyakana aims to combat this prevalent issue by creating dynamic characters in which children can see themselves reflected. Her hope is to not only normalize but also to celebrate having a wide representation of backgrounds in books and media, especially in a school setting.

While the book itself has been wildly successful in attracting children to reading, Nyakana explains that another primary focus was to illustrate the heroism of women. In a world where male protagonists often steal the spotlight in literature and media, Nyakana articulates that there is a profound need for “heroines [who] could slay the fiercest of dragons versus filling the typical princess in distress role.” Nyakana cunningly shifts typical gender roles through Niyah’s fearlessness and independence, weaving an inspiring tale of female strength and leadership.

Nyakana continues to develop her series with its latest installment Niyah Zuri and The Mayan Eclipse and works to spread the messages of her books by integrating them into school curricula and visiting schools and virtual classes. Guided by her strong principles and pursuit of change, Nyakana is at the forefront of molding the landscape of children’s books, and her success story promises to reap profound benefits for generations to come.

Nyakana’s books can be found on Amazon or on her website, www.annanyakana.com.

Raptors Players Embraced The Youth During An NBA Cares Project