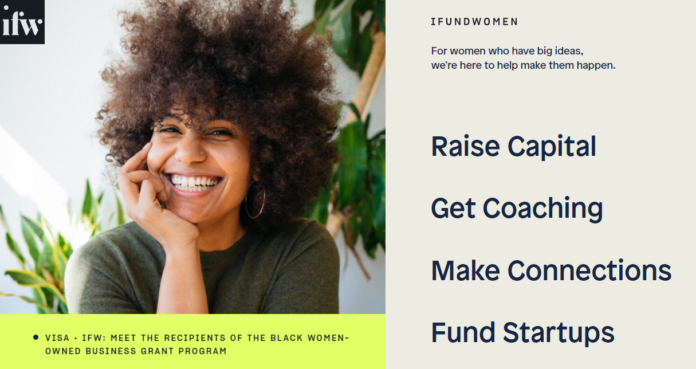 Tiffany Monique is turning her one-woman mission into an empire for females across the country. The entrepreneur has recently launched her initiative “Women Funding Women,” a soon-to-be nonprofit that gives holistic grants to American females in business and provides resources to normalize and conquer mental health struggles. With the organization’s work, Monique hopes to give women of all backgrounds the support needed to fund their startup endeavors and tackle the racial and gender-related injustices of society.

Monique’s initiative came from her early battles with mental health. Raised in a religious household by a single black mother and grandmother, Monique describes the blatant lack of discussion about anxiety, depression, and other illnesses, leaving her to battle her own intense emotions without any guidelines of what they were. Monique turned to drinking and smoking to compensate for her overwhelming fears and hit her rock bottom after a failed suicide attempt as a teenager.

Monique pinpoints the stigma attached to mental and emotional illness, particularly in the black community, as one of the core problems behind her struggles. Even if her family had been able to afford therapy, Monique explains that she would have been too afraid of being judged. Contemplating how her life’s course would have changed if she had such resources at her fingertips, she said, “I imagine how having a woman who is actively overcoming the same battles I was losing could’ve changed my life … how having the finances to afford not only therapy, but coaching, licensing or certification programs, and continued education could have improved my chances of success earlier in my entrepreneurial journey.”

Monique seeks to channel her experiences and wisdom into opportunities for others. Women Funding Women finances the dreams and ambitions of visionary females through grants that cover mentorships, therapy sessions, accounting services, and equipment needed for success. The company sources its funding from the proceeds of Her Hustle Magazine, Queen Kulture Society Apparel, and Inspired Women Entrepreneurs Association, different projects created by Monique that foster female involvement and empowerment.

Monique has experienced firsthand the societal confinements of women in business. Despite their business contributions to the economy remaining at an all-time high, women only receive 2.2 percent of venture capital. The numbers, coupled with the overwhelming lack of female investors, places such as entrepreneurs at an ever-growing disadvantage. “It was very important to me to create a space where supporting other women is exciting, affordable, and mutually beneficial,” Monique said. “The goal is to start a movement that results in us supporting and investing in each other.”

Women Funding Women is still in its beginning stages but has already been immensely rewarding for the aspiring entrepreneur. She explains that each associated project has brought with it overwhelming support and an invaluable contribution to the strong foundation of female empowerment. “I can’t say how big it will be,” Monique said. “I can say that it will never stop growing and that I will do everything in my power to make sure it will outlive me.”

Joe Biden Selects Kamala Harris to be His Vice President

UNCF "A Mind Is…" Hamptons Summer Benefit Raises over $200K