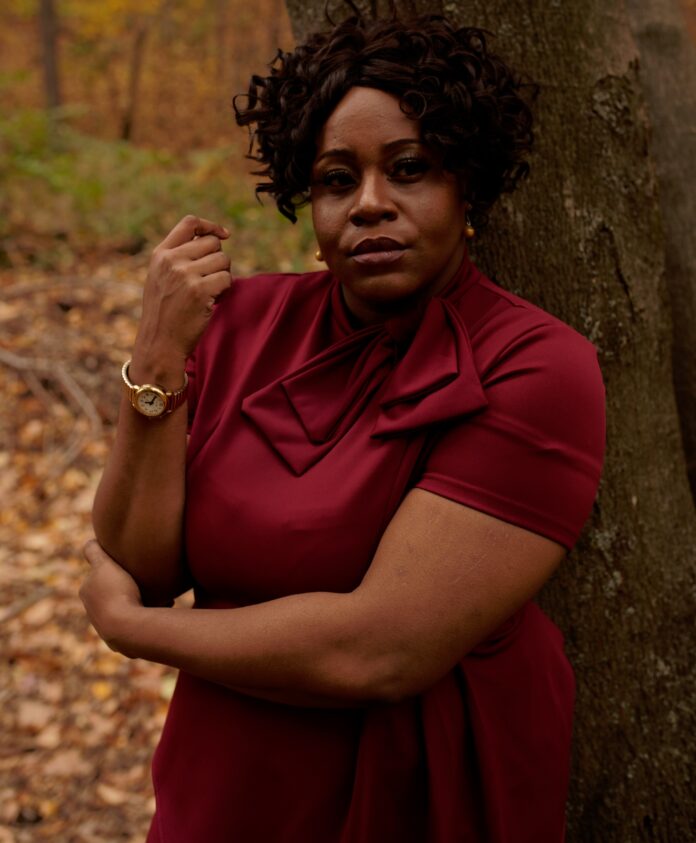 ( ENSPIRE She Did That ) Utilizing Power of Story-telling, Tammy Reese Aims to Heal, Empower, and Uplift

If there’s anyone who understands the power of story-telling, its award-winning actress, writer, journalist, filmmaker, and publicist Tammy Reese. As the daughter of Donna Reese, a highly decorated activist and advocate for civil rights, social justice, and disability rights, Tammy Reese has dedicated her career to spreading awareness and advocating for change through the arts. Today, Reese’s accolades include the 2018 40 Under Forty Award Honoree, the 2019 WCNY Makers Women Who Make America Award Honoree, and 2019 40 Across 40 Award Honoree, for her continued efforts to highlight social issues through multiple mediums of media.

Reese’s career began when she joined The Media Unit TV and Stage production company at 12 years old. For eight years, she traveled and performed over 60 live stage show a year and hosted a public access TV program, “Rough Times Live.” She then moved into theatre, starring in many classic musicals like “Dream Girls” before venturing into video and indie film acting. After attending school for media studies, Reese delved into video and film production, writing, and producing PSAs on issues like suicide prevention, domestic violence, bullying, racism, sexual assault, and HIV/AIDS. “Social justice was always a part of my life, and I was moved to mix the arts and social issues together,” she says. “I began writing, acting in, and directing videos on topics that many shy away from, allowing me to be a vehicle of these deep messages, not to be preachy but to make people think, spread awareness and make the change.”

An issue close to Reese’s heart is mental health. In 2018, she wrote a chapter in the book, “She Wouldn’t Let Me Fall” titled “Mother and Daughter Conquer Depression,” to end the stigma about mental health in black communities. As both she and her mother were diagnosed with depression and anxiety, Reese has experienced the effects firsthand and wants to encourage others to seek treatment without shame or guilt. “As black women, we often don’t deal with our trauma from our youth and adulthood. It is often brushed aside out of fear of being talked about, judged, and misunderstood,” she says. “We have stereotypes that only white people go to a therapist and we are supposed to be strong at all times and hide the pain. We shouldn’t have to live in fear to seek help mentally.”

Reese found herself grappling with depression earlier this year after the death of her mother, who was also her role model and best friend. While isolating herself from the world, the COVID-19 pandemic struck, forcing the rest of the world into a similar state of isolation and grief. Inspired by the strength and resilience of her mother, Reese was determined to turn her pain into purpose by helping others during these unprecedented times. Joining Vocal Media as a contributing independent journalist, Reese set out to showcase the stories of visionaries and trailblazers in the hope of uplifting, inspiring and healing others. “We see too much sadness in the press. We have the power to change the narrative and display stories of hope and the positivity that is taking place,” she says.

Through zoom, Reese was able to safely interview a slew of celebrities, influencers, business owners, entertainment and media professionals, including “Think Like a Man” actress Meagan Good-Franklin, “Cool Runnings” actor Leon, and Mike and Slim of Grammy-winning R&B group 112. She also realized a lifelong dream by joining the communications committee for New York Women In Film and Television industry organization. “My pain has been so real, but I choose to grow and not stay stuck in it,” she says. “I want to be an example to others who have experienced trauma that you can push through, overcome, and lead a life full of purpose. Victory is a part of your legacy.”

Adding to her growing list of titles, Reese is also the founder of PR firm Visionary Minds Public Relations. However, her long-term goal is to become a filmmaker, a niche she describes as severely underrepresented by black women. As someone who has excelled across multiple industries and demonstrated a diverse skill set, Reese hopes to show others, especially black women, that there are no limits to what they can achieve. “We’ve just elected our first woman of color Vice-President,” she says. “You can do anything and everything your heart desires when and how you want. I do.”