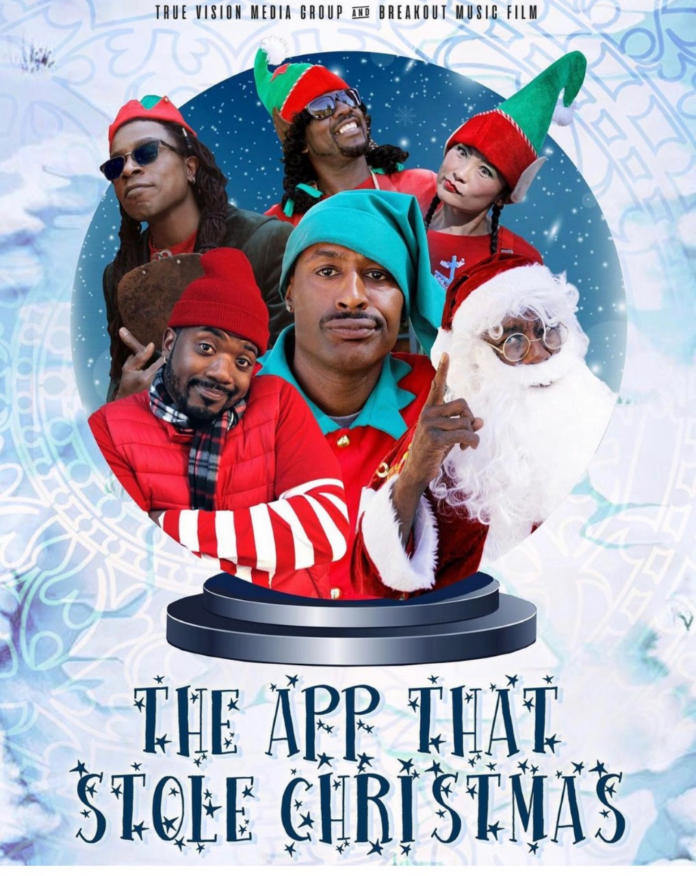 ( ENSPIRE Entertainment ) “The App that Stole Christmas” Debuts this November

Tis the season to binge-watch Christmas movies to get in the holiday spirit with family and friends. Adding some humor to the holidays for films to watch on streaming services, film director and producer Monica Floyd will debut “The App That Stole Christmas” on Netflix this Nov. 20th. The romantic holiday comedy features a roster of talented leading stars including VH1’s reality star and singer Ray J, actor and Grand Theft Auto voice and actor Jackie Long, NAACP Image Award nominee Elise Neal, Peabody Award and NAACP Image Award winner J. Anthony Brown, CW’s All American actor Jalyn Hall, recording artist J Young MDK and more. Subscribers will go on a comedic quest while discovering the importance of life and love this holiday season.

“We are adding to the joys of Christmas with our humor-filled magic,” said Floyd, film director, producer, and CEO of True Vision Media Group. “We’re so excited for our film to join Netflix’s Christmas-themed roster along with tons of other excellent movies.”

“The App That Stole Christmas” is a new family-values classic with a comedic-tech twist. While a tech entrepreneur’s Christmas shopping app is a smashing success, the invention is possibly ruining the holiday spirit. The focus of the film is to get people to put their apps away and be present. The success of this project was a collaborative effort, which included executive producer Amber Ravenel of The Ravenel Agency, along with Leah Daniels Butler and Henry Butler of LBD Casting, Joshua Edwards. The Producers of the film were Gabrielle Collins, Greg Anderson, and Stacey Lyes, with co-producers Monyette Buie and Latoya Stroman. The art of capturing the cinematography was completed by Ben Griffin.

“Teamwork made this dream work,” said Ravenel, executive producer and VH1’s casting director. “It’s our goal that we blessed the world with a film that was not only heart-warming for the holidays but a great family film for all to enjoy.”

“The movie is in line with our company’s mission of uplifting and inspiring through the arts,” Floyd said. “Just like in any good Christmas movie, I want subscribers who watch this film to be motivated to find balance in this tech-driven world.”

Mahershala Ali Attends World Premiere of HBO Doc WE ARE THE...