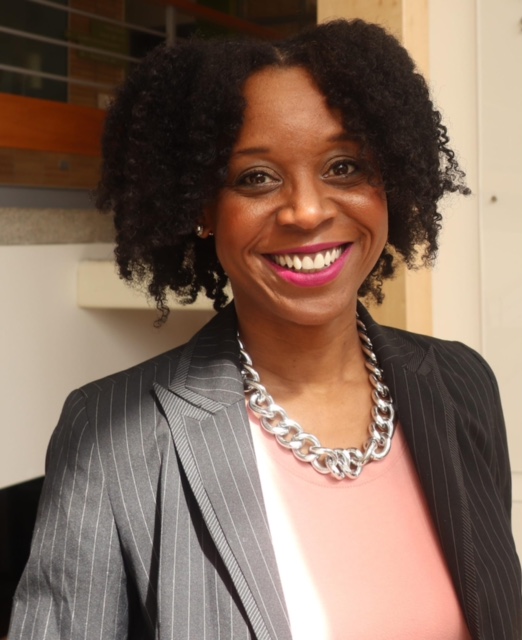 Khalilah Brooks is Canada’s first Black female lead in children’s musical theater. A versatile storyteller, performer, and producer, Brooks has recently received funding to produce a pilot episode for her upcoming show Aunty B’s House. Brooks is the show’s creator and producer, owner of her production company BAM Children’s Entertainment, and also plays the show’s title character. The story is near and dear to her heart and Brooks hopes to bring an authentic representation of people of color on children’s television.

The Toronto-based filmmaker and performer were ready to speak on her path and the long-awaited cultural representation that children deserve. In an exclusive interview with ENSPIRE Magazine, Brooks talks about her background in foster care, new show Aunty B’s House, and shares advice for storytellers hoping to make their mark.

Before she became a children’s author, creator, and singer-songwriter, Brooks grew up in the Canadian foster care system. “Living in foster care had a huge impact on my creative pursuits as a producer and children’s writer,” Brook said. She first created the interactive live theater production Aunty B & Friends in 2011 with her foster care background in mind. The precocious puppets in the show are portrayed as Aunty B’s foster children and Aunty B empowers children with the courage to love others as well as themselves, despite the challenges they face. Brooks added, “I recognized that children in care did not have a voice, and most of the time were being stereotyped with prejudices because they were in care. I wanted to change the narrative by allowing children in care to see themselves and hear their stories through the work we do.”

Before the COVID-19 pandemic, the show was performed in-person by Brooks and puppeteers. Swishing onstage in her signature roller skates, a curly afro, and retro shades, Aunty B always reminded her audience of 2 to 9-year-olds to “Stay groovy!” Aunty B’s character was influenced by Oprah Winfrey. “Oprah was launching her network and requested show ideas. I pitched my preschool show idea and, at the time, called it Aunty K. The OWN team got back to me letting me know that they thought the show was a good idea, but they were not putting out children’s content. I put it away and after a few months brought back the idea of changing the name to Aunty B which was influenced by my father.”

Brooks created BAM Children’s Entertainment in 2011 with the idea to bring diverse stories to children’s TV. The relatable characters are purposely crafted to teach children how to work together, create positive solutions. In Aunty B & Friends, children get a choice and a voice. Authentic representation in children’s television is a top priority for BAM, and Brooks as a mother and a Black woman.

Since the coronavirus pandemic shut down all in-person performances last year, BAM pivoted, offering short digital performances four times per week on online platforms. More recently, BAM Children’s Entertainment received funding from the Ontario Creates Independent Production Fund to produce a pilot episode based on her interactive theater show. Brooks is excited to announce that they will be premiering their digital children’s show, Aunty B’s House, later this year based on the interactive theater show.

The funding brings Brooks a step closer to a dream she’s had for several years—a live-action children’s television show that authentically represents black children and people of color. Having worked with children for more than 20 years, Brooks has always had the heart to stand up for the voiceless. Before that, Brooks hosted AfroGlobal’s African folklore show “Storytime with Nana.”

Developing Aunty B’s House for a live-action television series came with some challenges. “The biggest challenge I faced developing Aunty B’s House was getting producers and networks to believe that having a lead black female performer was needed in the preschool sector,” Brooks said. Barriers continue to persist for women of color in the entertainment industry. “Being able to understand the funding opportunities and finding mentors of color in my industry was also a challenge for me when I first started in the children’s media industry. I had some really good people around me who did see the potential in me and offered to help me through those processes, but it took a long time to get to that point.”

Brooks will serve as the show’s producer and writer, flanked by veteran television producers and show creators, including Toronto’s Emmy-nominated producer Michelle Melanson, co-founder of Headspinner Productions. Brooks maintains that representation matters on and off-screen and is not just about filling a quota. “I believe that, in this case, authentic representation is accurately telling stories from the black point of view, having black writers, producers, and showrunners. I also feel that we can do this work with a range of talented contributors from the BIPOC communities while encouraging those from the non-BIPOC communities to work with us so they get an understanding of how we tell our stories.”

The Aunty B and Friends live show and online content have brought joy to children and adults alike. “Our team performed for an audience and in the front row as a young girl who was very engaged in the show. She clapped her hands and smiled like most of the children and, at the end of the show, ran up to the stage and gave me a hug. Her guardians informed me that she never shows affection because she had autism. Her guardian, the puppeteers, and I all started crying, knowing that what just happened was beyond us.” This story is one of many that reminds Brooks of what authentic and empowering representation can do.

Brooks left a piece of advice for underrepresented writers and filmmakers who want to break into children’s entertainment, “For those writers and filmmakers who have a passion and desire to work in the film industry, I salute you as you follow your dreams. I also encourage you to build up great confidence that will prepare you for the many no’s you may encounter as you move throughout your journey. No matter what you do, if you believe in your work, do not give up.”

Fans can expect updates on Aunty B’s House in the coming months. Catch episodes of Aunty B & Friends weekly on the Aunty B & Friends channel. For more information about Khalilah and her work, follow BAM Children’s Entertainment on Facebook, Instagram, and Twitter.