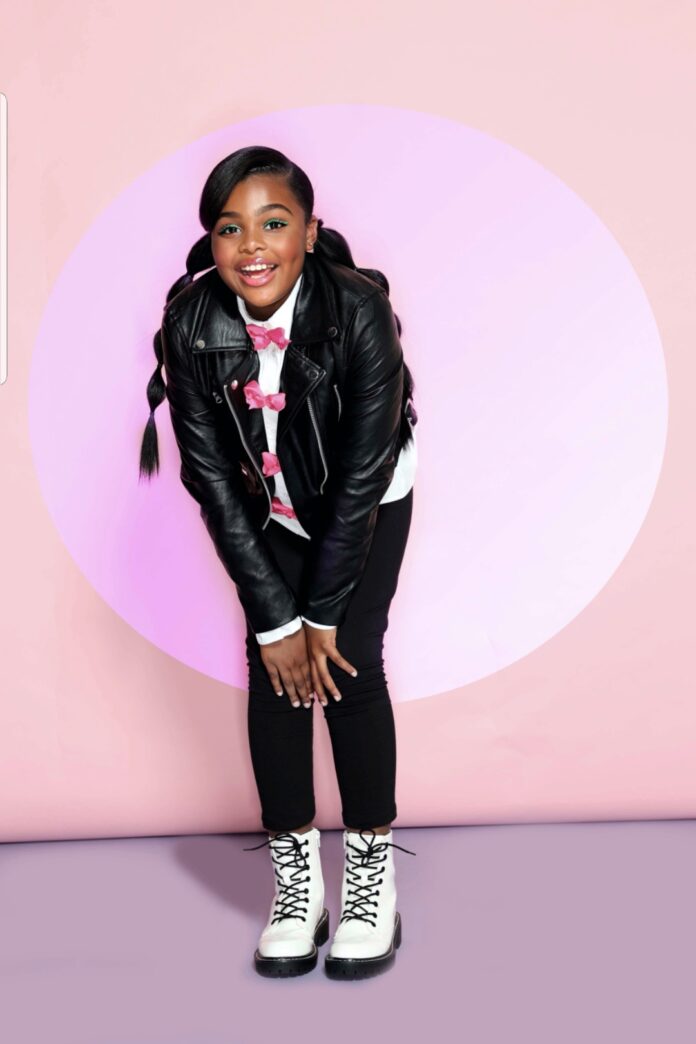 No one is never too young to find their passions and pursue them. This is a sentiment that young Jermani Mincey, 9, has embraced. At the age of four, Jermani and her father, retired NFL defensive end Jeremy Mincey realized her singing talents. As the owner of an independent label, Mr. Mince Productions Inc., Jermani’s father encouraged her to try out the studio booth, which instantly sparked a passion for music.

Jermani and her father worked together to release her first two singles “Friend Girls” and “Episode” in 2020. A blend of strong, catchy pop vibes and amazing vocals, Jermani’s career is beginning to take off with a building following of fans awaiting her upcoming album. With the latest single, “Episode” amassing over 34,000 streams on her Spotify, Jermani has amassed a following which she refers to as “Friend Girl Nation.” Please read ENSPIRE’s interview with Jermani on her journey to making music.

What inspired you and your father to start writing, producing, and releasing music together?

My dad noticed I could sing when I would perform for the family in front of the TV. I would make songs up and give my family a live performance. He saw how happy I was and decided to see what I could do in the studio.

Where do you get your inspirations for your songs? Are there any certain artists that you look up to or that inspire your work?

My inspiration for my songs that I have done so far comes from what’s going on around me. The things I see and hear at school. I would tell my parents about it and we would have long talks about it. So my dad knew how important friends are to me so we made a song about it. I look up to Mariah Carey and Beyoncé because they both can sing.

What is your favorite part of the music process?

My favorite part of the music process is just getting in the booth and recording. Picking the beat for my song too.

What is your goal for your music? Are there any features or specific projects you hope to work on next?

My goal for my music is to reach out to other little girls like myself and make them happy. I want to get into acting and maybe interviewing people. I like to talk to people.

Tell our readers more about the Friend Girl Nation Movement. What is the purpose behind the movement and what do you hope to accomplish within the movement?

Friend Girl Nation is about girls coming together and being themselves and having fun. Sometimes kids don’t like to be themselves because they are afraid of what other people may say about them. I want everyone to be able to love themselves and be happy.

How has your experience been working with your dad as your producer? Do you think it has helped you to be more creative with your music?

Working with my dad has been awesome because it allows us to spend time together and since he is good at what he does I know it will make me better.

Giving back seems to be very important to you, as you have shown in your YouTube videos promoting donations to the homeless shelters and in donating toys for children. What has been your favorite experience and why?

My favorite experience so far has been making the Christmas cards for the residents at the College Park Nursing facility because I made the cards with my family.

While Jermani plans to pursue opportunities in acting and modeling, she also plans to continue writing and producing music with her father. Jermani’s music can be found streaming on all platforms such as AppleMusic, Spotify, and SoundCloud. She also has social accounts on TikTok, Instagram, and YouTube to follow her along her journey into stardom. Stylish merch such as beanies, hoodies, and face masks to show support for Jermani can be found on her website.