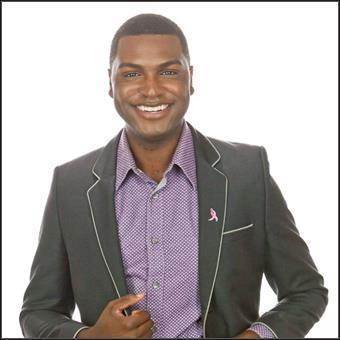 Drexel Heard built an impressive career around providing expertise to both the Democratic and Republican parties, aiding in the election of North Carolina Senators, Kay Hagan, and Richard Burr, as well as working on the presidential campaigns of both Presidents George W. Bush and Barack Obama. Heard worked with prominent entertainment figures, like Judith Light, Angela Lansbury, Kelly Ripa, Silvio Horta, Andy Cohen, and more. He became an influential political voice, providing a unique perspective as an African American man and a member of the LGBTQ+ community.

Making history, Heard represents the 39th California Assembly District as the youngest, Black, Executive Board Member and Delegate to the California Democratic Party. The BBC and NPR Political Analyst spoke with ENSPIRE Magazine about his background, the new Democratic Party leadership, the Biden-Harris Administration’s first 100 Days and Build Back Better priorities, and the future of the Democratic Party.

Can you speak about your background and the inception of your career in politics? What was it like being a part of a military family and having to move around so much?

I have always said, what has shaped me as a person has been having been a military dependent. There is no greater experience, in my opinion, than moving to other regions of America, or around the globe and getting to understand different people, races, ideologies, religions, and more.

How did experiencing various parts of the country inspire you to get into politics?

Military dependents also have the rare opportunity to be a part of a structure (or mentality) that’s focused on service and helping people. Every Democrat, every potential candidate, and every young person I talk to I say, “We have one priority, and that is to help people.” I was interested in politics because I was interested in service and helping people—plus, I was a big West Wing fan, and that helped push me into that.

How did you transition into the entertainment industry?

Blame my mom. She put me in theater camp at age 10, and I loved performing, having an audience, and seeing folks get excited about great theater. Politics is a little like its own theater, though.

What are your thoughts on being the youngest Black Executive Director of the Los Angeles County Democratic Party?

You know, I try not to think of it, but I also know what it means. My job is to oversee a local operation that is responsible for representing three million Democrats, the largest in California and the largest in the nation. I’d say my feeling is the same as it is for anyone who is Black, or a minority, or young—the error for failure is too great to have happened, so we work twice as hard.

Can you speak about your platform and influential power, especially for younger people looking up to you as someone who has broken many barriers?

My “platform” is the platform of the Democratic Party. I’m a party guy, or I wouldn’t be good at my job—which is electing and protecting Democrats. I serve at the pleasure of the Chair, Mark Gonzalez, who is also a young democrat. I will say this, I have been fortunate to have been given this opportunity to help lead an amazing organization, and I have made it a priority to uplift young democrats, especially young democrats of color, at every opportunity since I’ve been here, and I will continue to do that.

Can you speak about the state that President Trump has left America in and how we could best move forward from these past four years?

The reality isn’t just what state Donald Trump left our nation domestically and around the world, but the state Republicans have historically left our nation in after they are in charge. Economically, like past Republican presidents, Trump left us in shambles. We started the Trump term with tax cuts for mega-corporations, at a time where the economy was booming, but middle-class families and families in Republican-led states were still struggling—and for what? The stock market numbers? Hell, I barely even know the stock market. Racial tensions escalated under Donald Trump, from Charlottesville to George Floyd. I mean I could go on, but I always ask, what have Republicans actually accomplished for the American people? It’s wild. I digress, though, we can move forward by reminding ourselves of the past, and how we can continue to elect good Democrats across the country, and reminding ourselves that we are better when we serve the needs of everyone in our community.

What are your expectations for the Biden-Harris Administration First 100 Days and the Build Back Better strategy?

The President and Vice President have laid out an ambitious 100-day plan, and 50+ days in, we’re starting to see the positive effects from their leadership. From a vaccine rollout that was at actual warp speed, to the passing of the American Rescue Plan, re-engaging in the Paris Climate Agreement, and working to reunite families at the border, and more, this is a lot of work in a short amount of time. We also need to ensure that the President works with Congress to eliminate student debt and refocus Congress on bills on immigration and infrastructure. Those are big-ticket items that Democrats can do within this year before we head into midterms that affect all Americans, and something everyone can get behind.

What are your projects for the future of the Democratic Party as we move forward under new leadership?

Convincing more young people to run for office, engaging young people to get involved, and reminding folks why our party is the party of working people and working families, and those most vulnerable.

Heard shares his political commentary and analyst skills on BBC Radio, NPR, SkyNews and AfterBuzz TV’s “The Political Beat.” Find more about him at drexelheard.com and follow him on his social media platforms Instagram, Twitter, and Facebook.

Joe Biden Selects Kamala Harris to be His Vice President