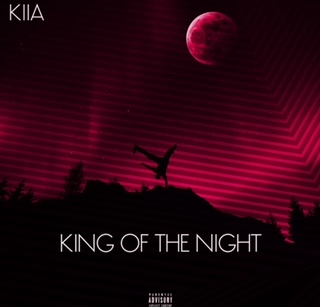 ( ENSPIRE Entertainment ) His New Album, However, Is Not Like the Ones That Came Before It

Toronto-based singer-songwriter KIIA (Kia Ahadi) recently released, with remorse, his new single, King Of The Night. This may seem unusual, but for KIIA the release of King of The Night came with deep sorrow. The new single is in memory of his best friend, Danni Homayouni, a.k.a. “DanniBoy” who was violently killed in Toronto city.

When we hear the news and read the headlines that another life has been taken due to gun violence, it seems so distant from our lives, until it isn’t… The loss can be all—consuming. Hurting from his friend’s death, KIIA turned to his music, writing King of The Night, to tell the story of who Danni was and his senseless loss because of the overwhelming gun violence problem in our society.

KIIA is fresh off his well-received last single “Around the Globe,” sponsored by Toronto Raptors’ Player Norman Powell. His videos have garnered over 2 million hits worldwide. King of The Night is a reminder to KIIA fans of the heart and passion the artist brings to his craft.

A multi-talented artist, KIIA is a sought-after songwriter and performer, with performances in venues from Toronto’s iconic Dundas Square to the Los Angeles Convention Center. KIIA’s fans see and feel the intensity the performer brings to the stage. There is no doubt when venues open and tours resume, KIIA will return to the stage. He will again bring passion and high energy to his fans, but this time he will bring something else…. a heavy heart.

“I believe music has the power to change lives. I hope this song will give some peace to those affected by gun violence.”

King of The Night became available on April 23rd on all platforms. To listen to the single or buy your digital copy now, click here.