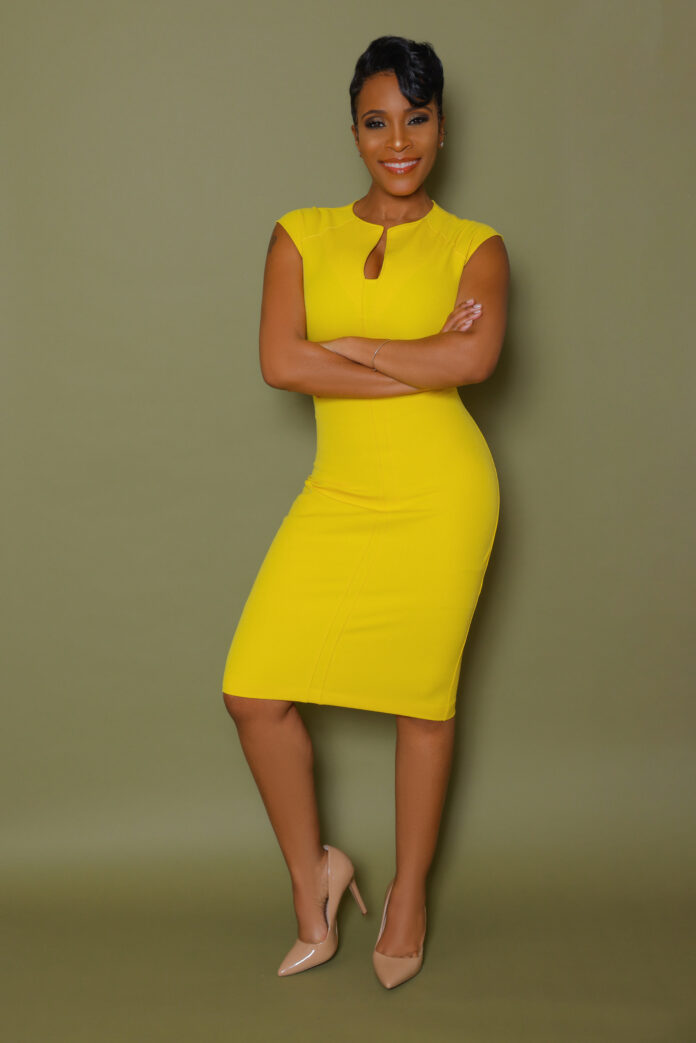 Reckoning with fear is as much philosophical labor, as it is a matter of embodied faith. For centuries, experts of the soul and mind have attempted to distill truth from and better understand fear. The Stoics believed it could be confronted through ataraxia, Rumi saw it as worthy of embrace, and Malcolm X understood the people’s freedom couldn’t be achieved with such illusions. From ancient thought to modern practice, generations have sought to truly live with, if not conquer, this human phenomenon.

Erika Bryant is now carrying that long-lit torch. Having worked in the entertainment industry for over 15 years, Bryant’s expertise in conquering fear is inimitable. “I’ve had so many ‘firsts’ in my career. I remember one of the first times that I had to interview someone as a producer, I was so nervous and afraid to screw it up. I literally just allowed myself to be present at the moment… Overall, it’s not about cowering in the moment but just standing in my truth and trusting that I was made for the moment”, she says.

Now, the Emmy-Nominated producer, showrunner, and songwriter is embarking on a fresh path. She has authored her first book, “Doing It Scared: An Inspirational Guidebook to Facing and Conquering Fear”. She encourages readers to practice introspection, honor vulnerability as a liberating tool, and harness control over their minds. While many self-help books are strictly directive, leaving the author impervious and detached from its readers, “Doing It Scared” unveils Bryant’s personal battles and triumphs. Her transparency distinguishes this book as an offering of love, not merely help, for the people. “… the intention while having the reader assess the areas of their world where they’ve likely allowed fear to stifle them, I openly share personal stories of overcoming fear in my own life. I’ve learned that fear is as common as breathing. It’s what we decide or choose to do with said fear that is key.”, says Bryant. The interactive guidebook features takeaways and self-assessment activities that help readers move through and past their insecurities.

Bryant spent years laying the groundwork for “Doing It Scared”. Behind her freshman release are periods of manifesting internal peace. After working as an entertainer and visionary for the world, Bryant learned that gaining status at the expense of one’s personal joy is thankless labor. She notes, “Earlier in life, I was absolutely seduced by the potential prestige, titles, shiny things and such but I quickly learned that none of that is really satisfying if our character and person aren’t nurtured. At this point in my life success is… about loving those around me and inspiring others toward becoming their best versions of themselves.” In conquering her own fears, Bryant has become a paragon for the public. She is proof that fear does not dwell where abundance rests its head.

“Doing It Scared: An Inspirational Guidebook to Facing and Conquering Fear” is now available for purchase on Amazon.