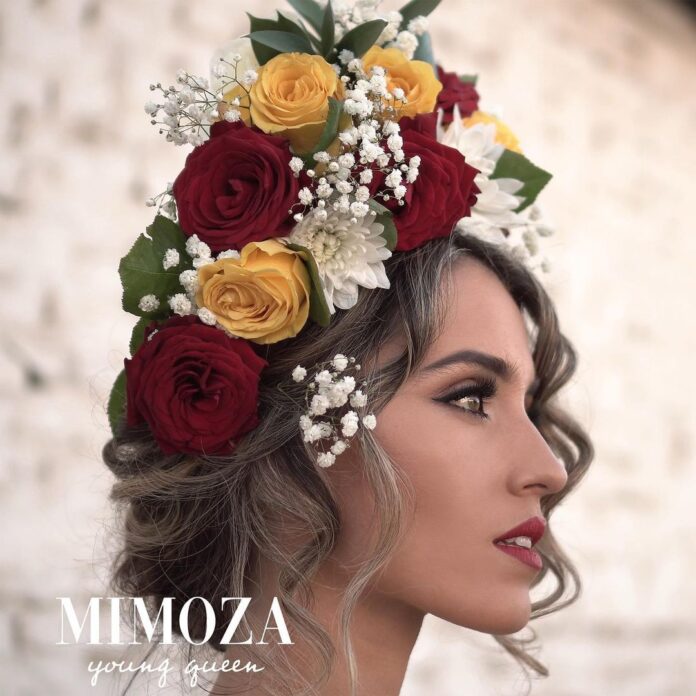 Mimoza (UMG / Island Records), a world-renowned pop star and singer-songwriter, recently released her latest track “Young Queen” in February along with visuals. With over 300 million combined streams to date, Mimoza is known for her explosive anthems and utterly infectious songwriting. Her most recent anthem is the hit single “Kings & Queens” by Ava Max, which impressively went platinum in 12 different countries. It also reached No. 1 on U.S. Pop iTunes and became Ava’s first No. 1 on the U.S. Airplay Charts!

This success isn’t just a coincidence. In fact, Mimoza has proven herself repeatedly ever since the age of 17 when she first debuted her writing skills on a record that went straight to No. 1 in Japan (“One in a Million” by Yamashita Tomohisha), penned the Spanish hit “Who’s Loving You” by Auryn ft Anastacia, and wrote and recorded “Anyway” (by Tyron Hapi ft. Mimoza), which went platinum in Australia.

After years of writing hits for other artists and receiving gold and platinum plaques, Mimoza is ready to focus further on her solo music. In 2017, she released her debut single “Big Girls Cry.” With honesty and confidence, Mimoza showed us all that vulnerability is the fastest route to healing in this electronic-dipped, rich, pop track.

A year later, the prolific songwriter released the ultimate pop anthem “Love For Days,” which featured powerful vocals, punchy rhythms, and cinematic soundscapes. The single received critical and commercial success—it was added to the coveted Spotify New Music Friday playlist in many countries, including the U.S. and Germany.

Based in Los Angeles, the multi-talented artist calls many places of the world her home. Born in Kosovo, Mimoza and her family fled the war-torn country, moving to Sweden as refugees to seek asylum. She spent her teenage years in Germany and started writing songs at 12 years old. Despite growing up in Sweden and Germany and now living in the United States, Mimoza never forgot her roots. “I’m so proud of Dua Lipa, Bebe Rexha, Rita Ora, and Ava Max; they’re all Albanian pop queens.” Ladies and gentlemen, Mimoza is next.

In February 2021, Mimoza returned with her solo single, “Young Queen,” a personal record written as a love letter to her home country, Kosovo, and her Albanian roots. Paying tribute to her mother and all moms who raise their daughters to see themselves as ‘young queens,’ the song oozes with passion and determination.

Mimoza shares, “My mom raised me with incredible values that have helped me walk through life with my head held high.” The empowering song is about pride, self-love, and a celebration of knowing who you are and loving yourself unconditionally. She continues, “I believe that when you know who you are and where you came from, you can never get lost in life.”

Through honest and passionate lyrics, it’s a powerful pop anthem and meaningful record, showcasing everything that the songwriter represents—strength, vulnerability, and quality. The songwriter confides, “I’ve poured all of myself into this record and I want girls to see themselves as young queens and know their worth. If they are a little happier after listening to this or even a bit more confident, then I’ve done my job as an artist.” Mimoza’s confidence and passion are infectious.

Sonically, “Young Queen” bursts with soulful vocal tones, highlighting Mimoza’s impressive range, while dynamic percussion elements and big, bold instrumentation create the ultimate emotional release. “Young Queen” is pop at its finest, serving us rich vocals and deep lyrics that will move your heart and stay there. This queen is here to stay.

Mimoza creates vibrant and intoxicating bangers, aiming for the next pop crown. Truly a force to be reckoned with, she is conquering the music business from all directions and leaving no stone unturned. Armed with an unapologetic love for rich pop music and a fiery attitude, Mimoza is relentlessly forging her own path and not looking back.