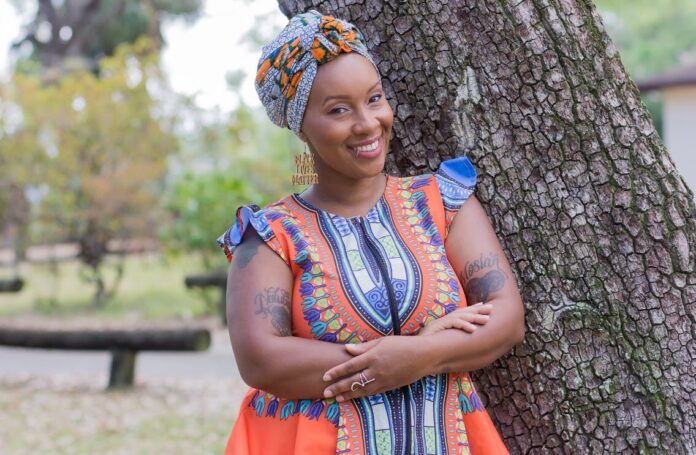 As a midwife in South Florida with a practice that is 85-90% Black, Jamarah Amani says it was difficult to know what to say to her clients in the wake of the murder of Ma’Khia Bryant. With International Day of the Midwife on May 5th, we are reminded once again that state violence is a big factor in why Black midwives are necessary.

According to the Huff Post, during the White House Roundtable during Black Maternal Health Week in April, Vice President Harris linked the same racial inequities that lead to police killing Black people to how Black women suffer higher rates of death in pregnancy, and childbirth. This is a devastating reality that is at the heart of the Black maternal health crisis. And sadly, it is a drop in the bucket for what it means to be Black in America. In black births, compounding stress levels often cause the release of cortisol and increase the allostatic load in the body, a known determinant for adverse health outcomes for the birthing mother and their babies.

Amid doing the deep emotional work that caring for pregnant Black women requires, Amani learned of the new Lifetime film Beware of the Midwife. In this film, a Black couple hires a Black midwife to give birth safely in their home, but after the birth, she kidnaps their newborn. They released the film on the week Black Mamas Matter Alliance led the nation to highlight the inequities in our broken healthcare system and when the President signed the first national Black Maternal Health Week proclamation. As the co-founder of the National Black Midwives Alliance and a fierce advocate for Birth Justice, Amani could only see the film as blatant disrespect.

Black midwifery is a life-saving solution for many Black families. Around the globe, nations with the best outcomes rely on the care of midwives for perinatal health. Meanwhile, the United States has notorious maternal and childbirth outcomes despite spending more per capita than any other country. Black midwives have an unfaltering legacy of serving Black families with their hearts, hands and souls. They have been caregivers on the plantations during slavery, in Jim Crow era southern communities where there were no doctors and today as a safe space for birthing people to receive quality, culturally congruent care in homebirth, birth center and hospital settings.

Amani exclaims, “At best, the release of Beware of the Midwife is myopic and ignorant. At worst, it is a continuation of long-standing racist campaigns to paint midwives as dangerous in order to make midwifery care inaccessible and illegal.” Malicious myths of Black midwives being “dirty” and “untrustworthy” have been incredibly harmful for the profession. A prime example of implicit bias, movie deepens that false narrative.

Black midwives have always stood up for their communities and we should stand up for them, as we stand with the family of Ma’Khia Bryant and all those unjustly slain. As stated by Vice President Harris last month, “We know that folks will keep dying if we don’t fully address racial injustice and inequities in our country — from implicit bias to broken systems.”

In her efforts to stress the importance of Black Midwives, Amani has started causes to ensure the reputation of black midwives is protected. To honor Black Midwives on International Day of the Midwife, Amani implores everyone to take the Louisville Coalition for Black Maternal Health’s action steps:

1. Sign the petition. Search “Beware of the Midwife” at change.org.

2. Circulate the petition within your networks

3. Encourage other national birth and maternity-care related organizations to join the fight

4. Boycott A&E for its lack of diversity/inclusion

5. Support Legacy Power Voice: Movements in Black Midwifery, a film that addresses the Black maternal health crisis and the critical role that midwives play in improving birth outcomes at legacypowervoice.org