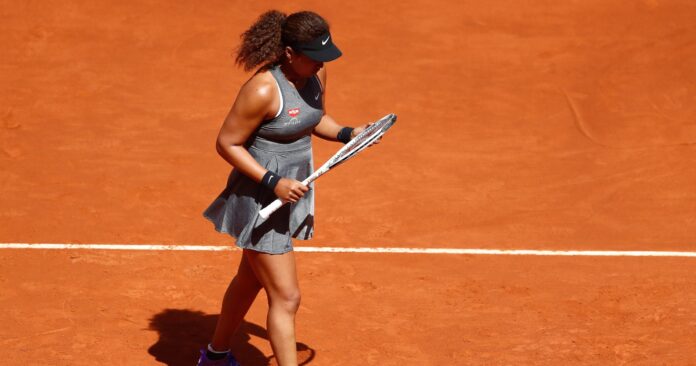 ( ENSPIRE She Did That ) With a Calm Withdrawal, Naomi Osaka Forces Sports and French Open to Acknowledge Mental Health

After Novak Djokovic won his 19th Grand Slam in a stunning reverse 3-0 victory over Stefanos Tsitsipas, it felt like no other story that came out of this year’s French Open could topple his in terms of impact on the sport and the world. However, with just one match and a muted withdrawal from the rest of the tournament, Naomi Osaka has made huge statements on the role of mental health in sports beyond just tennis, the contribution from the media to this issue, as well as raising a question for the Tennis Slams and the ATP Tour on how to deal with these newly expressed issues.

As of now, Naomi Osaka has additionally withdrawn from Wimbledon, the next tennis major, to spend time with family, friends, as well as to focus on her mental health, though she does plan to play at the Tokyo Olympics. As a rising superstar in the Tennis world, she holds a unique amount of influence, in part because of the significant amount of media presence she draws; however, this is the crux of the problem, for this media attention is the very thing she wishes to avoid in order to better focus on her mental health. In this way she is a particularly inspiring figure, fighting her own personal struggles with mental health while not being afraid to take on some of Tennis’s largest organizations in order to make a better competitive environment for all, as well as a world that is more aware of mental health issues.

The saga begins with Osaka’s statement on Twitter before the French Open stating that she would not be attending the mandatory press conferences, instead of paying the required fines, setting off a chain reaction from the French Open and the other majors. In this first statement she mentioned some of her mental health struggles and pointed to the fact that while she has positive relationships with several media figures, there have been many scenarios in the past where the media has bullied athletes into breaking down, a situation she compared to kicking someone while they were down. She additionally mentioned the doubt and anxiety reporters can make one feel when pushing inappropriate lines of questioning, taking away from the actual sport and instead focusing on media spectacle. All of this was relevant for Osaka going into the French Open, as though she is considered one of the world’s best players, she has traditionally struggled on clay courts like the French Open’s, and thus more media coverage and therefore inevitably anxiety and doubt would come her way because of the excessive questions on this subject. With all these factors lining up, she decided it would be best for her mental health to simply take the fines and avoid the mandatory press conferences while focusing as much as she could on her tennis.

As one can imagine, the French Open was not thrilled with a superstar not talking to the press, and it additionally inspired similar fears for the other majors resulting in a joint statement from the four tennis majors. Though they did state in their initial press release the importance of the mental health of their players, they quickly criticized Osaka’s actions a few paragraphs later, stating that in doing so she gave herself an unfair advantage and that she could be punished with more fines and possible Grand Slam suspensions. This press release might have initially mentioned mental health. it suggested little regarding improving the tournament experience regarding this issue, suggesting these remarks had little weight behind them.

However, Osaka would continue her fight with elegance and poise. Instead of a long-drawn-out battle with the French Open, she simply withdrew in the second round, opting to focus on her mental health. After this, she released a fuller statement on Instagram, elaborating on her struggles with anxiety and depression since 2018. As other critics had previously slandered her for using her position to be on an “unfair playing field”, the choice to withdraw showed the world that it wasn’t about competition or slams or anything of the sort, but the fair treatment and health of an athlete. For any doubters, she showed she was genuine in her claims, and importantly, the Grand Slams responded.

Though their response was still far from perfect, continuing a trend of mentioning this mystical level playing field, it was a marked improvement from their first, with several remarks about their intent to become more involved with collaborating with players, the media, and working all together to find a proper solution that can ensure players’ mental health via respectable and professional media presence. Though it is impossible to know how much change will truly occur, the quick responses from all four Grand Slams show a definite level of seriousness about the issue, suggesting that Osaka truly has gotten the ball rolling on improving mental health for athletes.

Among all of this chaos in response to her actions, Osaka has been an eloquent and respectable role model, whether it’s for other women of color or anyone who has struggled with mental health. Osaka’s acknowledgment of her struggles is incredibly important as we work towards eliminating the stigma towards mental health issues, and her strength and determination in dealing with such an issue despite so much pressure should inspire us all as we work to further mental health awareness.