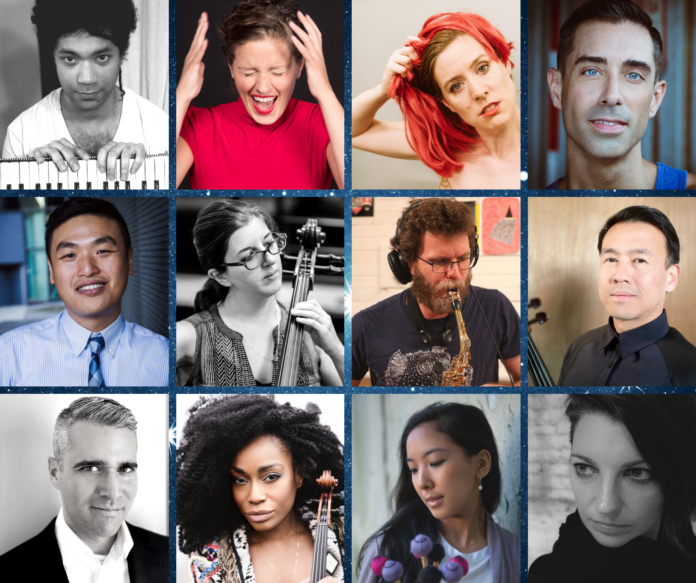 Adam Matlock’s new sci-fi opera Red Giant is a compelling chamber opera that tells the story of three people who are lost in space and struggling with the aftermath of humanity as their former home planet becomes uninhabitable. The performance includes three singers from three distant locales-who will perform simultaneously: soprano Bonnie Lander from Baltimore, MD; soprano Elisabeth Halliday-Quan from Rochester, NY; and baritone Robert Maril from New York, NY. The Rhymes With Orchestra will accompany them.

“As a lifelong fan of Science Fiction and a composer enamored of opera as a medium, it only made sense to combine the two when given the opportunity to work on a piece,” said Matlock. “Of course in the beginning the scenario – people trying to escape a planet’s surface that has become uninhabitable because of their sun becoming the titular ‘Red Giant’ – was pure fantasy. But in the nearly decade since this piece was first written, we’ve seen governments and societies struggle to reach a consensus on whether climate change is really happening in the face of readily observable evidence – and it’s hard not to feel that this story has gained some resonance in the face of that. And of course, even in the face of a true existential crisis, humans will still find time to bicker.”

Artist Bios: Adam Matlock is an accordionist, composer, and vocalist living and working in New Haven, CT. Matlock writes and performs songs under the name An Historic, building narratives accompanied by musical inspirations from Balkan music and Klezmer, Soul, and various strains of rock. An Historic exists as a solo project but is reinforced live and on record with the members of Dr. Caterwauls Cadre of Clairvoyant Claptraps, a folk/jazz band with flexible instrumentation. Matlock also composes under his own name, most notably the opera Red Giant (2014) for 6 piece ensemble and three singers, commissioned by Rhymes With Opera; and Earthseed Songs (2012) for voice and two instrumentalists; he also composes and performs keyboard-based music under a variety of aliases. Matlock has performed original music and arrangements with Broadcloth, The Yale Klezmer Band, Orkestar BAM, and the Harris Brothers Balkan Band, besides the aforementioned projects. He has recorded, performed, or improvised with artists including Anthony Braxton, Mario Pavone, Ceschi, Vinny Golia, Sigh, and Clara Engel, and works as a music teacher in the New Haven area.

Rhymes With Opera is a New York-based ensemble of performers and composers that expands the repertory of a contemporary opera by commissioning, developing and staging new chamber works.