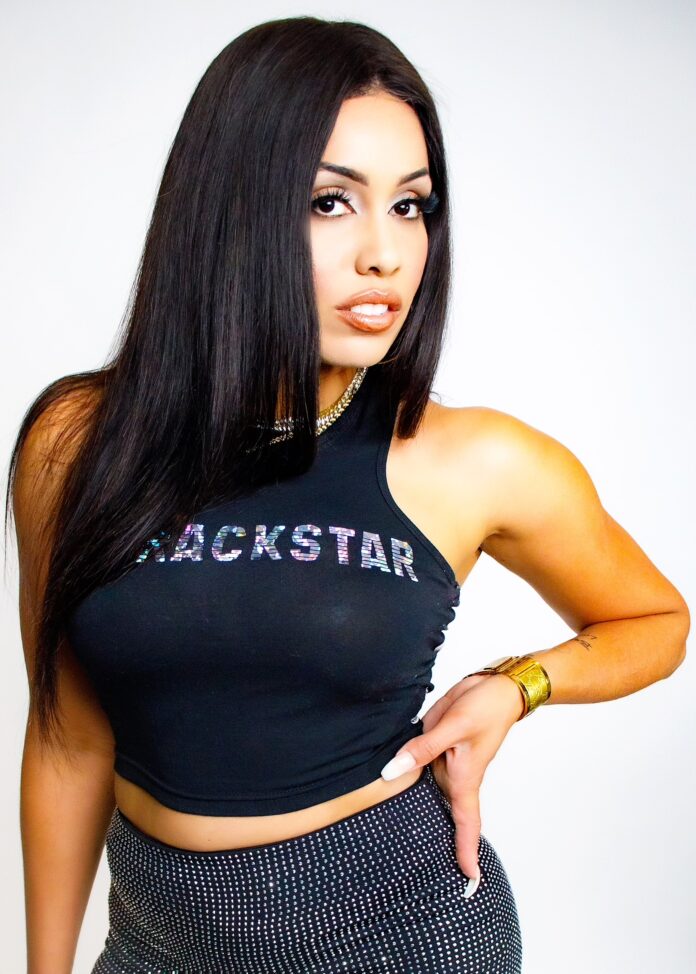 ( ENSPIRE Entertainment ) From the Track and Field to the Music Stage and Now the Real Estate Scene, Carol Cake Is Spreading Empowerment Everywhere

Carol Rodriguez (better known as C. Rod in track and field) continues to broaden her entertainment horizons by renewing her love of music while channeling her family’s links to the arts. With the unveiling of her music identity, Carol Cake, the Los Angeles Olympian and USC alum reveals that her renowned roots are more than simply athletic.

Cake comes from a long history of artists, including her mother, a singer, and her grandfather, a member of the New Orleans band “The 5 Knights.” She got her first taste of music when she was seven years old, when she used a 2XL robot to compose and record her songs, and then again when she was nine, when she joined the marching, jazz, and symphonic bands.

Carol Cake debuted her alter ego in 2011, when she uploaded her first freestyle to Lil Wayne’s “6 Foot 7 Foot.” She has released numerous tracks since then, including her debut EP 7 Candles, and has gained a following thanks to duets with Houston rappers Z-RO and Willie D. (from The Ghetto Boyz).

Cake, who is known for running circles around her competitors in the track and field world, has continued to raise the standard with her athletic and musical achievements. She has elevated her value as an overall entertainer with records establishing her as the “Fastest Woman in Puerto Rico” and participation in big campaigns such as Apple watches advertisements and a slew of others. Carol Cake takes no prisoners, as evidenced by her new hit “Real Sh** Tho.”

Not limited to a single genre, she has been dubbed “The Fastest Woman in Hip-Hop” by music colleagues and those who have had the pleasure of listening to her lyrical daggers. Carol Cake has proven that she can hold her own in a male-dominated industry with star-studded collaborations, such as her 2018 appearance on Houston rapper Z-Ro’s “Crazy.”

Over the last year Carol has released three successful songs: “On the Rise” showcasing her Olympian roots, a remix to Chris Brown’s “High End” and “For Rain Drop” which channels her love for EDM. All roads lead to her debut project ‘7 Candles’ which revealed seven different versions of what she has to offer the music industry in June 2019. Carol Cake released her video for “Pay Up” and several others from her 7 Candles album, which is available now.

Cake, who commands the room with her presence when she steps into a studio, is earning her stripes in a new way, as shown on “Real Sh** Tho.” The Los Angeles performer reflects on 2020 and everything that came with it, both good and bad, on the MoHitsville produced track. Carol Cake reorganizes her plans, which initially included attending the 2020 Olympics in Tokyo, and records an anthem that both her contemporaries and new listeners can relate to. The Los Angeles entertainer’s direct brushes with the COVID-19 outbreak and the troubling impacts of The Trump Era are documented in “Real Sh** Tho.”

ENSPIRE Magazine interviewed Carol Cake to understand her shift in focus from sports to music, discuss her newfound entrepreneurial lifestyle, learn her thoughts on the banning of BLM material from the 2021 Olympics, and more!

It looks like your focus has shifted from sports to music. Can you tell me about that? What was the creative process like for your new music? What about the process for your upcoming music video?

I’ve always done and had a love for music. Growing up, I played the clarinet, piano, and wrote rap lyrics. My creative process for my music when writing a song is very thought out. I like to take my time. For my upcoming video, “Real Sh*t Tho,” I went in the direction of working with a cinematographer and being able to capture the vibe that I visioned.

Can you tell me about your newfound entrepreneurial lifestyle? What influenced your decision to invest in real estate? How do you plan to better your community through real estate?

Recently, I passed the California Real Estate exam on my first attempt back in March on the 25th of this year. My stepfather George, who passed away, prepared loans and was one of my major influences, as well as the late Nipsey Hussle’s influence in investment real estate. I believe ownership and building equity is really vital. I plan on aiding my community by shining a light on the significance of venture capital real estate and building equity and tenure.

You recently expanded your merch line “Ex-Trackstar vs Trackstar,” which resonated with a lot of people. Can you tell me about that? What has support from your fandom been like? What was the idea behind this new line of merch? Does it have to do with your decision to take a pause from sports?

Creating my clothing line/merch line Ex-Trackstar vs Trackstar during the quarantine last year when LA was completely shut down changed my life. It resonates with people from various backgrounds whether they used to run track, currently run track, love watching track meets, like to go on daily jogs, or relish in the way that the name sounds.

The support for the line has been overwhelming. The idea stemmed from me viewing myself through the lens of a trackstar while I was competing and as an ex-trackstar, which is my existing excursion as a recording artist and realtor. Overall, I chose to make a clothing line that paid homage and honored the sport of track and field.

What are your thoughts on the upcoming Olympic Games? What do you think of the recent banning of BLM material? What kind of effect do you think this will have on the Black community?

My thoughts on the upcoming Olympic Games are that it’s still dangerous with COVID happening all over the world. In my opinion, it should be pushed to next summer. I additionally disagree with the recent banning of BLM material. The actual movement of BLM should be displayed because police brutality is a major issue that is systematically rooted and has been happening for decades. It needs to be on a major stage such as the Olympics to help prevent police brutality.

Any thoughts on why Black women are still not getting justice after encountering police brutality? In what ways do you think we can fight back against this?

We as Black women need to be protected. I’m highly disgusted at the fact there hasn’t been any justice for Black women who have faced and died at the hands of police brutality. We have to continue to fight back by continuing to protest, raise awareness, and not letting up on holding police accountable.

Lastly, any positive advice for aspiring athletes and/or musicians?

I want my last impressions for both athletes and artists to remember to stay focused, be consistent, and don’t let obstacles stop you because they are temporary, and you will overcome them.

Shaquin Thomas Has Proven Herself As A Chef, Author, and Creator