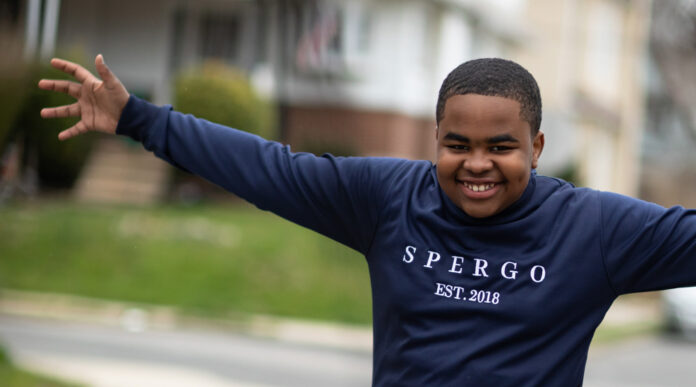 Trey Brown, a 15-year-old Philadelphia native, is the proprietor of SPERGO, a boutique fashion collection for both men and women, as well as children. Brown signed a partnership with the Buy Black Program of the Philadelphia 76ers earlier this year. The initiative was created to assist with the growth of some amazing local and Black-owned businesses. Brown could open a second site for his store at The Pentagon City Mall in Washington, D.C., retire his mother, and gain the attention and support of music mogul P. Diddy and national television show Ellen because of his continued brand expansion. Rappers such as DaBaby and Meek Mill have supported the apparel line, and he has a devoted celebrity following.

At a young age, Brown is exhibiting to people all across the world that you can be successful while doing positive things! Trey’s birthday money of $178 was used to start SPERGO in January 2018. He wanted to inspire young people and show them that they can do great things at any age. Sweat suits, hoodies, boxer briefs, and accessories from his line mix luxury with urban sportswear. Brown mentioned how Diddy was one of his major inspirations and spurred his drive to start a business at a young age with a $25,000 business grant during a recent interview on Ellen. Brown’s involvement and support from the Philadelphia 76ers has also fulfilled his childhood goals.

“Growing up as a kid in Philadelphia I would always watch the 76ers games, so to be a part of their Buy Black Program as a 15-year-old entrepreneur is a dream come true,” said SPERGO CEO Trey Brown. “I started SPERGO three years ago and I would never have imagined that I would be officially stamped a 76ers partner by my home basketball team.”

Trey Brown has shown no signs of slowing down. By being a successful business owner at such a young age, Trey hopes to inspire others to fulfill their hopes and dreams at any age. For more information on Trey Brown, visit www.spergo.com.