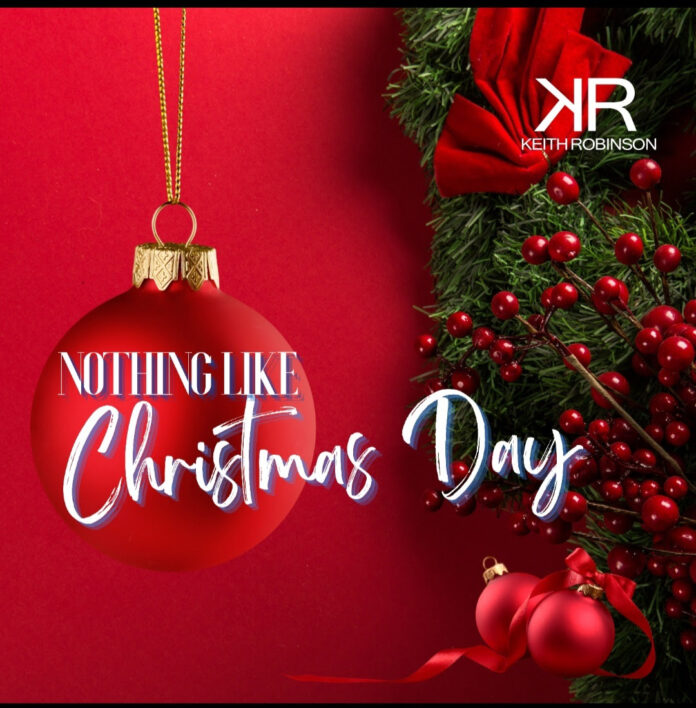 ( ENSPIRE Entertainment ) Keith Robinson ‘Nothing Like Christmas Day’ Perfectly Captures the True Essence and Spirit of Our Most Cherished Holiday, Christmas

Multi-talented Keith Robinson has released a Christmas single, ‘Nothing Like Christmas Day,’ which was written by Keith Robinson and produced by Mike Jackson. The song perfectly captures the true essence and spirit of our most cherished holiday, Christmas. “With the state of the world we are currently living in, “Nothing Like Christmas Day” is the perfect antidote to remind us of the most important things in life; spending time with the ones you love during the holiday season,” mentions Keith.

Keith Robinson is also gearing up for the release of his back-to-back Christmas movies to air on the Hallmark Channel. On December 5th, Keith will be starring in the Hallmark Channel Original, “Sister Swap: A Hometown Holiday,” and on December 12th, the second film, “Sister Swap: Christmas In The City,” will follow. The film also stars real-life sisters Ashley Williams (“Never Kiss a Man in a Christmas Sweater,” “The Jim Gaffigan Show”) and Kimberly Williams-Paisley (“Darrow Mysteries,” Father of the Bride).

The first movie, “Sister Swap: A Hometown Holiday,” premieres Sunday, December 5. While they are interconnected through the journeys of the two sisters, one movie focuses on the story of Jennifer as she spends time in her hometown, while the other tells Meg’s tale of her time in Salt Lake City. “Sister Swap: A Hometown Holiday” and “Sister Swap: Christmas in the City” feature a unique approach to storytelling as certain scenes are shared between them. Viewers will not need to watch both to follow along, but of course, those who do will have an even more merry and bright viewing experience.

In a world where talent is an ingredient for success, Keith D. Robinson is ahead of the game. He is a true triple threat as the talented actor continues his pursuit as an all-around entertainer.

The actor is also set to release a new album titled “Love Episodic 2” in early 2022 and will begin production of Season 6 of “Saints and Sinners” on the Bounce TV Network. Additionally, Keith just completed filming the “Life Story of Mahalia Jackson,” starring alongside Grammy Award-winning singer-songwriter Ledisi and veteran actor Columbus Short.

Keith Robinson has been able to establish himself as a face-to-watch in the entertainment industry for quite some time, starring in popular works like “Dreamgirls,” “This Christmas,” “Four Seasons,” “Fat Albert,” “CRU,” “Saints and Sinners.” In 2022, Keith will star opposite multi-award-winning singer-songwriter and Actress Toni Braxton in the murder-thriller “Falling Angels Book Club.”