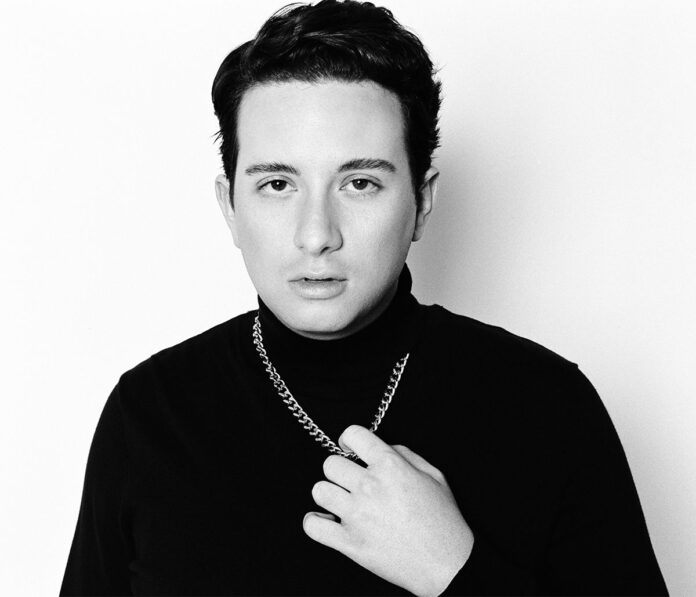 After years of cultivating a following from his spectacular covers of songs such as Selena Gomez’s “Bad Liar”, Cameron Hardy finally released his debut single “I Thought You Were Lonely” this May. Since then, it’s seen immense success, combining the powerful vocals that initially made him so popular alongside catchy pop elements and a smooth R&B sound. Now, Cameron Hardy has combined his own songwriting talents with Delacey to create “Perfume”, which will be released on August 13th.

With his fan base only continuing to grow, “Perfume” and its music video will only continue to increase Cameron Hardy gains a larger profile as more and more people are introduced to his unique combination of light pop combined with absorbing R&B elements. Hardy’s tenacity in the music industry, despite the immense amount of obstacles presented to him, has led to his unique sound being found and appreciated by more and more people.

We were able to speak to Cameron Hardy about some of his inspirations, his thoughts on the direction of the music, as well as his exciting new music video.

Some of the most important points in Cameron Hardy’s career so far have come from his spectacular covers of other songs, like the above-mentioned performance of “Bad Liar” which helped to bring more and more attention to Hardy’s musical talents. For Hardy, this showed the importance of the variety of media-sharing platforms available for new artists. Unlike earlier years spent chasing a studio, these new platforms enable all musicians to spread their music, and for Hardy, he feels this makes sharing one’s music and being heard much more organic for the up-and-coming artist. Though different platforms might have their problems, according to Hardy, all the positives outweigh the negatives when it comes to sharing your music and building a following that truly appreciates your music and style.

Regarding musical influences, Hardy pointed towards Justin Timberlake, Charlie Puth, and Bazzi as three of the most influential performers for his own style. We can see hints of each of these artists popping up in pieces like “I Thought You Were Lonely”, but it’s also the combination of these three and others and the unique new sound they create that makes Cameron Hardy’s tracks so catchy and refreshing. With already over a million streams worldwide for “I Thought You Were Lonely”, it’s easy to tell that the style resonates with many people, and for Cameron Hardy, that positive response has encouraged him immensely to continue to write and perform, resulting now in his newest piece, “Perfume”.

“Perfume” is unique because it is one of the first songs that Hardy has ever written, but he was able to start from a comfortable place, working with the producer to find a good vibe for the song. From there, Hardy describes his process as slowly playing around and finding the right melodies and then from there translating that into lyrics. Hardy’s additionally excited for the release of the “Perfume” music video on August 13th, with the final product being both “vibey and visually pleasing” according to Hardy.

Overall, Hardy’s combination of catchy pop-hooks combined with electronic instrumentation across many of his songs creates a style rarely found in the industry today. His willingness to explore and create a style unique to him makes him a special breed in today’s music industry, and it’s paying off. With the already successful “I Thought You Were Lonely” and the soon-to-be-released “Perfume”, only more and more people are going to be captured by the charming musical style of Cameron Hardy.