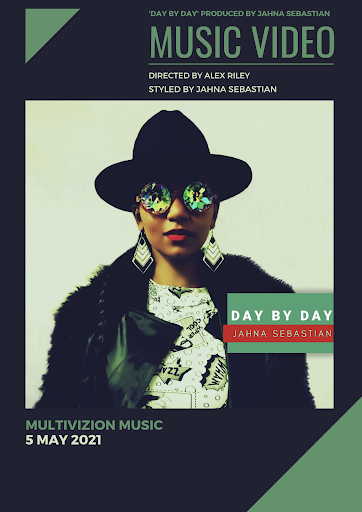 ( ENSPIRE Entertainment ) Jahna Sebastian Believes Whole Heartly That “One Day We Will All Unite!

The face of Women of Heart Award (WOHA) for Diversity Awareness Leader Award-winning Jahna Sebastian released visuals on her hit single “DAY BY DAY” from her upcoming third album ‘Revelation Ships.’ Jahna Sebastian is a multi-talented artist who is also a spiritual healer, philosopher, and entrepreneur as

Jahna Sebastian’s hit single ‘DAY BY DAY‘ highlights the inspirational movement she created to empower people worldwide to make a positive change. Ms. Sebastian stated regarding the single, “The way we can move forward as humanity is towards the Golden Age. Golden Age means the time of true enlightenment, which includes bringing light through golden rhymes in songs.

Ms. Sebastian’s video was directed by Alex Riley, who has worked with Ms. Sebastian on her popular music videos like ‘I Wish,’ ‘Queen of Arts,’ ‘Midnight Dancer,’ and ‘Fearless.’ The video will contain a cameo by Mayor of London candidate astrophysicist, weather forecaster, and respected scientist Piers Corbyn.

From a worldwide pandemic to police brutality and police reform and social reforming producer of Russian rap and partner to Pro Battle, Jahna Sebastian aims to bring people together through her philosophy and knowledge to create a better future for her humanity. Jahna Sebastian, a Russian rapper, released visuals to one of her top hits, ‘DAY BY DAY.’ The video will feature the Mayor of London candidate astrophysicist, weather forecaster, and respected scientist Piers Corbyn. This highlights her philosophy of everyone coming together and the inspirational movement she is creating to empower people to make a change.

To view the video, check it out here: YouTube.