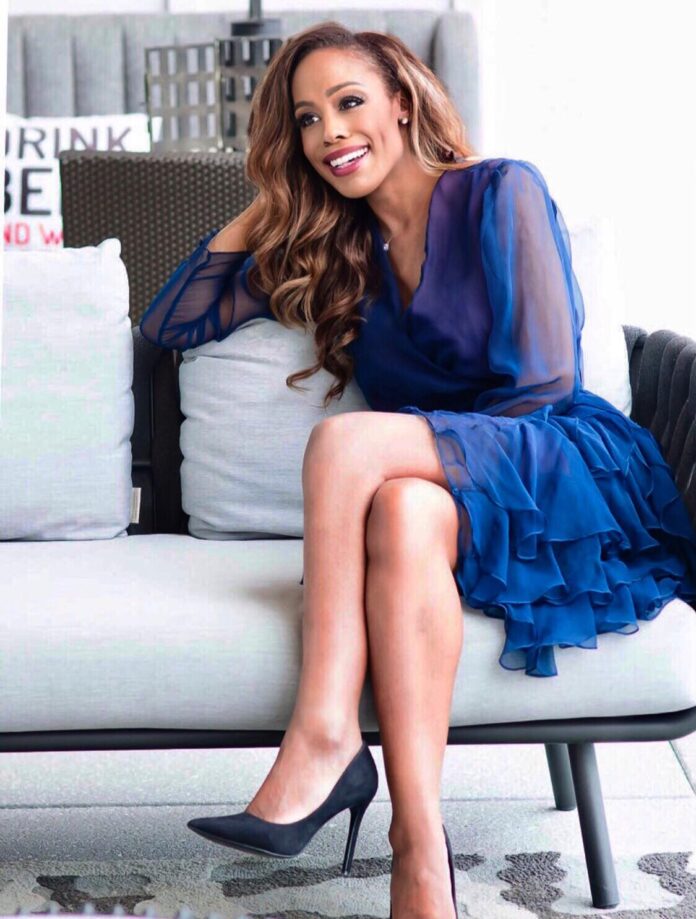 ( ENSPIRE She Did That ): Quita Productions Sets To Tell Stories On Black Heroines

One of BET Her’s very own stars has gone off to create their own entertainment brand and projects. Actress Shaquita Smith from the television show BET Her Presents: The Couch, episode “Baby Blue,” launched her own production company. Entitled Quita Productions (QP), the actress and now director and producer will develop scripted projects that focus on women’s empowerment and heroism.

Smith has also appeared in several other television series. Her other acting credits, for instance, include “New Amsterdam,” “ATL Homicide,” and “NCIS: New Orleans.” However, Smith’s portrayal as Ebony Tate-Warren on BET Her Presents: The Couch’s ‘Baby Blue’ episode brought her fame in 2020. A show that focuses on mental health in the black community, and postpartum depression and women’s mental health specifically in “Baby Blue,’ spoke largely to Smith in ways that help alleviate stigmas surrounding Black women and medical help.

“Portraying Ebony Warren-Tate was a beautiful experience and a story that needed to be addressed for so many women,” Smith said. “As a Black woman, I think it’s very important that we highlight postpartum depression and understand that you’re not alone. We are stronger, if we stand together. We’re often taught that in order to be STRONG Black women that we have to have everything figured out, but sometimes all we have to do is ask for help. It doesn’t mean that we’re weak at all. Asking for help is what makes us STRONG.”

The director-producer was first interested in acting as an early teen. “I performed and starred in many theatre productions in high school and later trained at Troy State University. At 13 years old, I performed in my first stage play called ‘Arkansaw Bear’.”

It is still difficult these days to see fair or adequate representation on Black people in the entertainment industry. Or even, for Black actors and crew members to find work where the economic gap and disadvantages still loom large. Issues like these are reasons why current actors like Smith find it necessary to create their own production and content.

“Quita Productions was created based on me seeing a niche that I didn’t see in the current marketplace,” Smith remarked. “I wanted to create stories starring myself and others that will embrace how women are very impactful in a variety of genres such as action, thriller, and crimes. I always loved creating my own content, as well as starring in my own content.

“It’s really important to champion stories that empower women and show our strength,” she revealed. “We’re often portrayed as victims or are viewed as weak. We’re neither. We are strong, powerful, and can survive anything.”

Despite having launched her production company just recently, Smith still acts and currently does. She aims to build her production brand to the same stature as her colleagues Issa Rae and 50 Cent. The success of their productions and content inspires her to have the same one day. QP content will stream on multiple platforms, including BET-Her, BET.

Quita Productions will still follow COVID-19 protocols when developing projects. The QP projects are “currently being developed under SAG criteria. Being a Black-owned and women-owned independent production company, I have been fortunate enough to work with individuals who understand how important COVID-19 is and comply with all protocols and testings,” Smith expressed.

The first project soon to be released under Quita Productions is an action-thriller project titled, “Alabama Girl.” The story will be about a young successful prosecutor who lives a double life as a vigilante only to dig herself deeper into a government conspiracy. The upcoming television series is inspired by a true story and will be directed by Dale S. Lewis, known for “The Big Black Comedy Show.” The series is also executively produced by Mann Robinson, whose credits include “Soul for Reals’ Life After the Rain” and “Turnt.”

Smith recently executive-produced a television movie that is set to premiere in winter 2021. Entitled “A Christmas Wish,” it stars Ruthless Blue Kimble, Queen Sugar’s Noree Victoria, and Candyman’s Nadia Sims. It follows a single mother who asks for a Christmas miracle for herself and her daughter. “We currently have a project on BET that will be released around Christmas called ‘A Christmas Wish.’ Please be sure to check it out!” Smith exclaimed.

Lastly, Smith has other business endeavors on the side that are soon to be released. Smith’s book, A Memoir of An Alabama Girl, will be released and sold on Amazon. She will also star in two other projects called “Broken Scales” and “Christmas With My Girls.” Both projects start production in the next few months.

Viewers interested in learning more about actress Shaquita Smith and her directing-producing credits should follow both her personal @shaquita_official and her production company QP @quitafilms on Instagram.