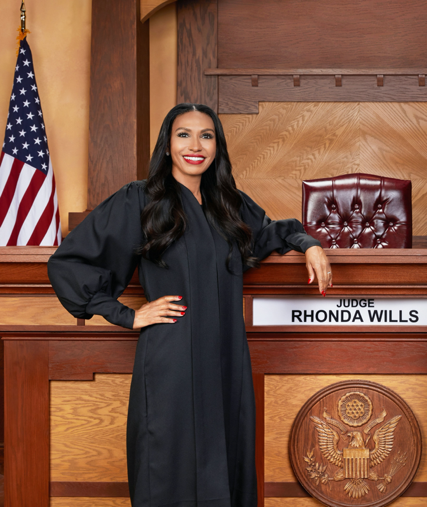 Relative Justice focuses on “pulling back the curtains on family matters [and] moving the drama from the dining room to the courtroom.” Wills is a formidable opponent in the courtroom and at home with her four children.

Being one of five children from her family, Wills has encountered various family dynamics and scenarios. She grew up in the small Texas town of Winona. Eventually, she learned the value of providing a “hand-up” rather than a handout. Wills uses her experiences to fuel her judgments on her court show.

Wills’ life goal has been to create a system centered on Justice, equality, and fairness for everybody. From an early age, she had been aware of society’s inequities. Since forming the Wills Law Firm, PLLC, she has recovered over $100 million, fighting for the rights of everyday Americans in their plight against corporate giants.

Wrigley Media Group produces Relative Justice. It is the first nationally syndicated television show to be taped in Kentucky. Its production is also in association with Bloom’ N Apple Entertainment. Additionally, distribution is by Big Fish Entertainment Founder and President David Bulhack.

In 2016, multimedia company Black Enterprise selected Wills as one of the “Top 10 Female Black Attorneys You Should Know.”

Judge Rhonda Wills presides with grace, thoughtful compassion, and tough love. Her goal is to resolve litigants’ legal disputes and bring families back together. We look forward to seeing her prowess on air.

Subscribe to the ENSPIRE Magazine Newsletter to receive updates on the latest Entertainment and Community News and information on the upcoming “Be-Well” Print edition.

Viral Entertainer Atown Inspires Others to Reach their Goals