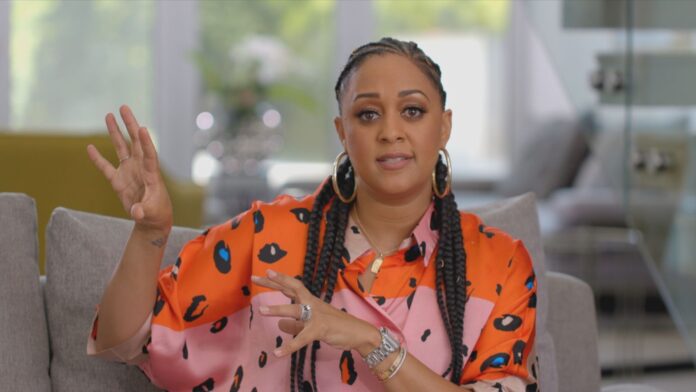 Tia Mowry, a multi-talented actress, producer, author, and entrepreneur, is the host of the digital series Quick Fix that TV One and CLEO TV inked in a major syndication deal with Kin earlier this year.

Most of us remember Tia and her twin sister Tamara from the hit tv series Sister, Sister. Well, she is all grown up, married with kids, and here to provide us with more entertainment in her show Quick Fix. The show helps viewers solve life’s little dilemmas fast. From quick ideas for a weeknight meal to beauty tips that will get you out the door in a flash, Tia has you covered. In this week’s episode, Tia candidly shares how the dynamics of the family changed when she pursued acting, including the move from Texas to Los Angeles without their father. Viewers will get an inside look at the childhood of America’s most beloved twins!

Multi-talented actress, producer, author and entrepreneur, Tia Mowry, has had a career spanning three decades after becoming a pop culture icon starring in the hit sitcom “Sister, Sister.” She has acted in and produced various TV shows and movies and currently stars in the hit Netflix series “Family Reunion,” which won an NAACP Image Award for Outstanding Children’s Program. She has published several books, and her second cookbook, “The Quick Fix Kitchen,” was released on September 28. In 2020, co-founded Anser, a vitamin line geared towards accessibility and inclusivity, in partnership with BioSchwartz and UTA Ventures. Her new homewares collection “Spice by Tia Mowry” launches later this year. Mowry has a devoted and strong social media presence of over 21 million followers.

Another CLEO TV article you may enjoy: Julissa Bermudez Teams Up With CLEO TV to Create It’s Me, Julissa – ENSPIRE Magazine