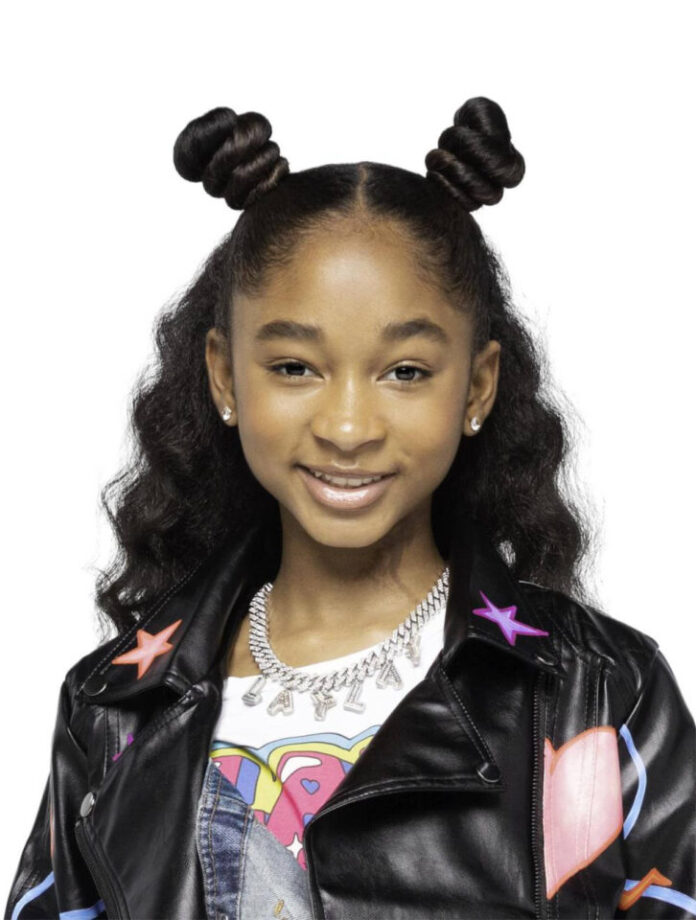 ( ENSPIRE She Did That ) Alaya High A.K.A. “That Girl Lay Lay” Shows Others The Importance Of Being Persistent To Make Dreams a Reality

Alaya High, a.k.a. “That Girl Lay Lay,” at 11-years-old, became the youngest rapper to sign a major record deal with Empire Records. She was born in Houston, Texas, on January 28, 2007, to Acie High and Antanique Landry. After watching her father in the studio, she discovered her passion for rap and learned how to freestyle from him. Besides her father, artists who have influenced Alaya High include Rihanna, Migos, and Lil Baby. Knowing this was her gift, she asked her father to post a video of her freestyling in the car on social media. Acie High, who’s the second half of rap duo Aqualeo, refused because he knew the pressures that awaited her in the industry.

Rather than being discouraged, Alaya High made it a mission to change her father’s stance. For two weeks straight, she begged her father to post the video until he finally gave in. The video instantly went viral at 430,000 views and caught the attention of talk show hosts and artists like 50 Cent. Her newfound fame has led to the release of four albums in the last three years and various appearances on TV. Besides talk shows, she was also featured on Nick Cannon’s improv comedy series “Wild’ n Out.” Alaya High also has her own lip gloss line called “Lyrics,” packaged in a small microphone and comes in various flavors. This young rapper always goes for what she wants, no matter how long it takes.

Now 14 years old, Alaya High has accomplished a new goal. She landed a role in the new Nickelodeon show “That Girl Lay Lay,” where she does the show’s theme song. The series follows a young girl named Sadie, who’s struggling to make friends. One day, she wishes that Lay Lay, a character from a positive affirmation app, was real so she could learn what it takes to stand out. Lay Lay (played by Alaya High) is then transported into the real world and navigates school with Sadie. Finally, the two teenagers realize they can do anything together and learn the importance of being true to themselves. Alaya High hopes to inspire others to reach their goals despite facing rejection and to have confidence. She relies on family and friends to keep her humble and doesn’t hesitate to take breaks when necessary. One day, Alaya High hopes to collaborate with female rappers who can handle her “Lay Lay fire.”

When we go after our goals and passions, we’ll often encounter those who doubt our capabilities or believe we’re not ready. Alaya High shows that when you believe in your craft, you have to be persistent. While her father eventually said “Yes,” we might get a few “Nos” before someone finally gives us our “Yes.” If we’re genuinely passionate about something, we can’t allow anyone to block us from it. It won’t be easy, but if we continue to work hard, we will reap the benefits and show others what we can deliver. Be sure to check your local listings for “That Girl Lay Lay” on Nickelodeon.

Classic Hip-Hop Artists Join Together for Instagram ‘The “One Song” Classic...

4 AM Premieres ‘They Kno’